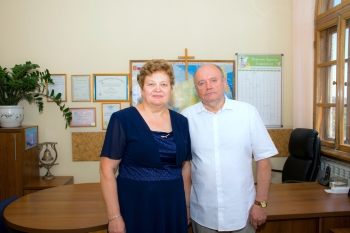 ROSTOV-ON-DON (RUSSIA) – Vladimir Khvalov, bishop and senior pastor of Christ the Savior Church of Rostov-on-Don and his wife Olga celebrated 20 years of ministry.

In summer 1998, Vladimir Khvalov became a successor of the founder and senior pastor of Christ the Savior Church Pavel Okara. Before that the Khvalovs served as pastors of a large church in Krasnodar. Moving to another city was a challenge for their large family (8 kids!), however, having received the confirmation from God they made the decision.

While leading Christ the Savior church that has become one of the largest evangelical communities in the south of Russia, Vladimir Alexandrovich for 19 years was also an irreplaceable chairman of a non-profit organization “Association of Christian churches and parachurch organizations”. He has made a significant contribution into strengthening the brotherly relationships between churches of Rostov area.

As a bishop and a head of Family Ministry department of the Russian Church of Christians of Evangelical Faith, Vladimir Alexandrovich and Olga Yurievna created a family environment in their church and visited many regions of Russia with a unique project to support the family values “Territory of the Covenant”. The encouraging authorial seminars and conferences of the Khvalovs helped to restore and support many Christian families. 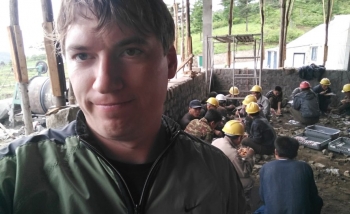 “We praised God in a closed country” 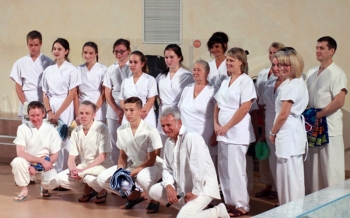 17 people were baptized in water in Philadelphia Сhurch of Izhevsk

IZHEVSK (RUSSIA) – October, 10 became a special day for 17 people, and their families. On that day they made a covenant with the Lord by water baptism in Philadelphia Church of Izhevsk. The joyful event traditionally was accompanied by songs of praise to God. All 17 entered the baptistery, leaving behind their past life, to make a vow to God to follow Him.

God has prepared a wonderful destiny for everyone. He will never forsake or leave us. He will be with us in joy and sorrow. He will take care of us. We don’t know what happens in the spiritual world during the sacrament, but we know for sure that God rejoices. It is so wonderful that many of those baptized were young people.

After the water baptism pastors prayed for the Holy Spirit baptism for these people. After that all who were present at the event congratulated new church members. 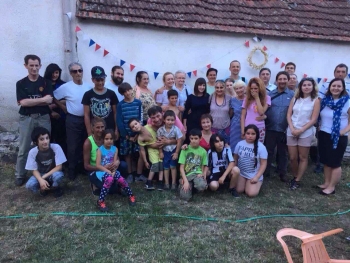 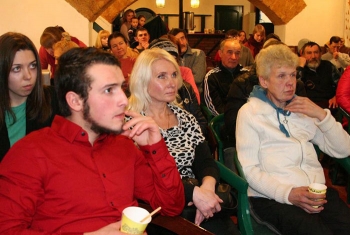 50 people accepted Christ at an outreach in Odessa

ODESSA (UKRAINE) - “You did not choose me, but I chose you and appointed you so that you might go and bear fruit — fruit that will last — and so that whatever you ask in my name the Father will give you.” (John 15:16 NIV ) 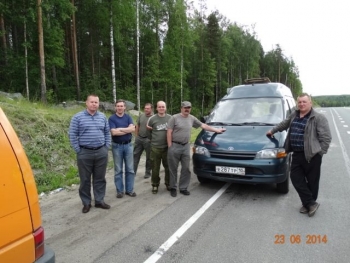 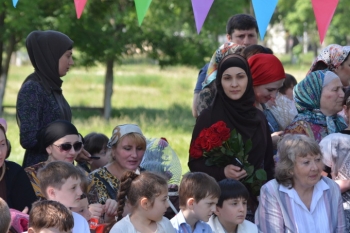 GROZNY (CHECHNYA, RUSSIA) – The Interregional Charity Organization ‘Christian Relief Society’, which is based in Omsk (Russia), participated in a children’s festival in Grozny timed for the International Children's Day on June 1. 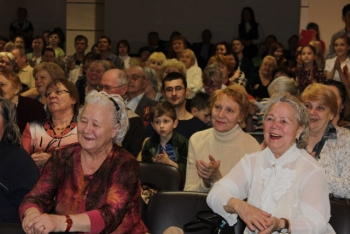 MOSCOW (RUSSIA) - The Moscow Risen Christ the Savior Church organized a concert for the WWII veterans and residents of Moscow on the Victory Day. The event took place in the Chertanovo district of the city on May 9. 120 people attended the concert. 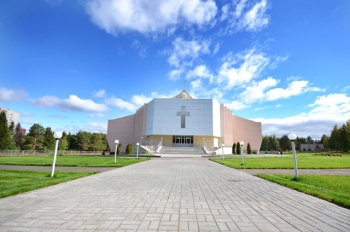 Men of the Bread of Life Church in Omsk talked about being role models. What will they do about it?

On October 5, a special event for men took place in Bread of Life Church of Omsk, Siberia. Men were talking about themselves being role models for their families. Who is responsible for spiritual growth of wives and children? Why don’t men take time to be with their families? The answer could be easy – men have to work a lot and they don’t have time.

"Philadelphia" church of Votkinsk organized a summer playground for children

On July 22 - August 2 the "Philadelphia" church children's ministry organized children's playground  in the town of Votkinsk. Children, ages 6 to 11, from the parishioners’ families attended the playground. The goal was to introduce children to the ministries of the church. It was a good time for fun games outside, for a variety of creative activities and also for discovering many truths of the Bible. 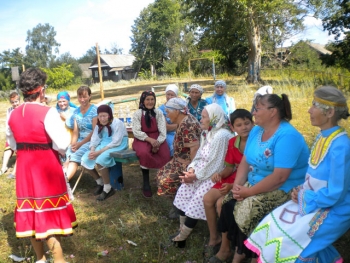 Fruit of the ministry to Udmurt people