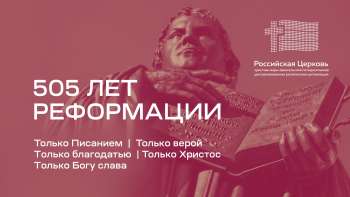 On October 31, 2022 we celebrate an event in the history of Christianity that led to the formation of the Protestant denomination — the 505th Anniversary of the Reformation.

Happy Easter! Christ is Risen! He is Risen Indeed! 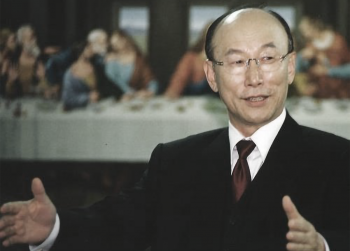 On September 14, it became known that Rev. David Yonggi Cho, founder of Yoido Full Gospel Church in Seoul, passed into eternity. He was 85 years old. Bishop Eduard Grabovenko and the Board of the Russian Church of Christians of Evangelical Faith (Pentecostals) on behalf of the Russian believers expressed their words of support to the family, Yoido Church, and its Senior Pastor Lee Yong-Hoon. 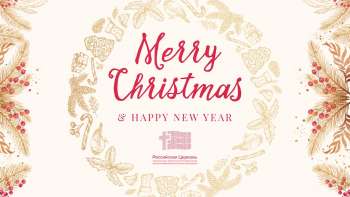 On behalf of the Russian Church of Christians of Evangelical Faith we wish you a merry Christmas and a happy New Year! 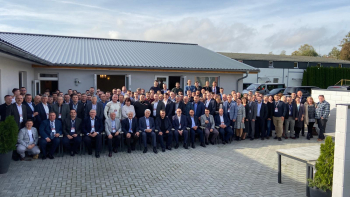 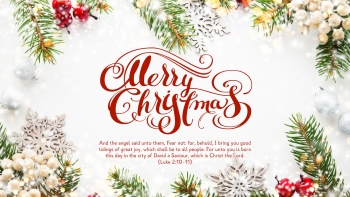 MOSCOW, Dec. 24 – Christmas is a special time with our friends and loved ones, time to wish one another joy, love and peace. It reminds again of the true Reason for the celebration, — Jesus, the One who came from Heaven to give us future and hope. He became our Savior and Lord. 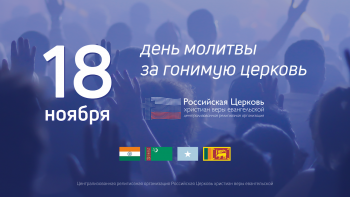 On Sunday November 18th, churches of the Pentecostal Union of Russia (the Russian Church of Christians of Evangelical Faith) join in the day of prayer for the suffering church. 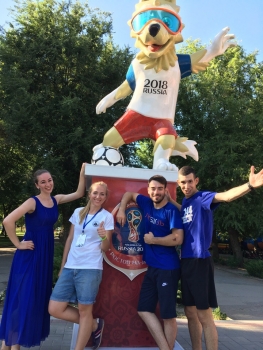 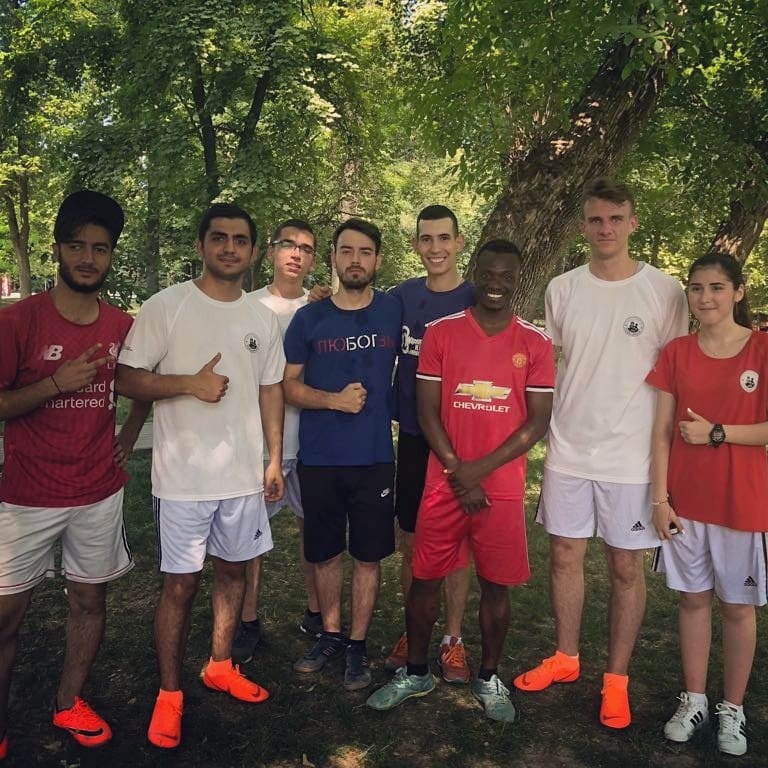 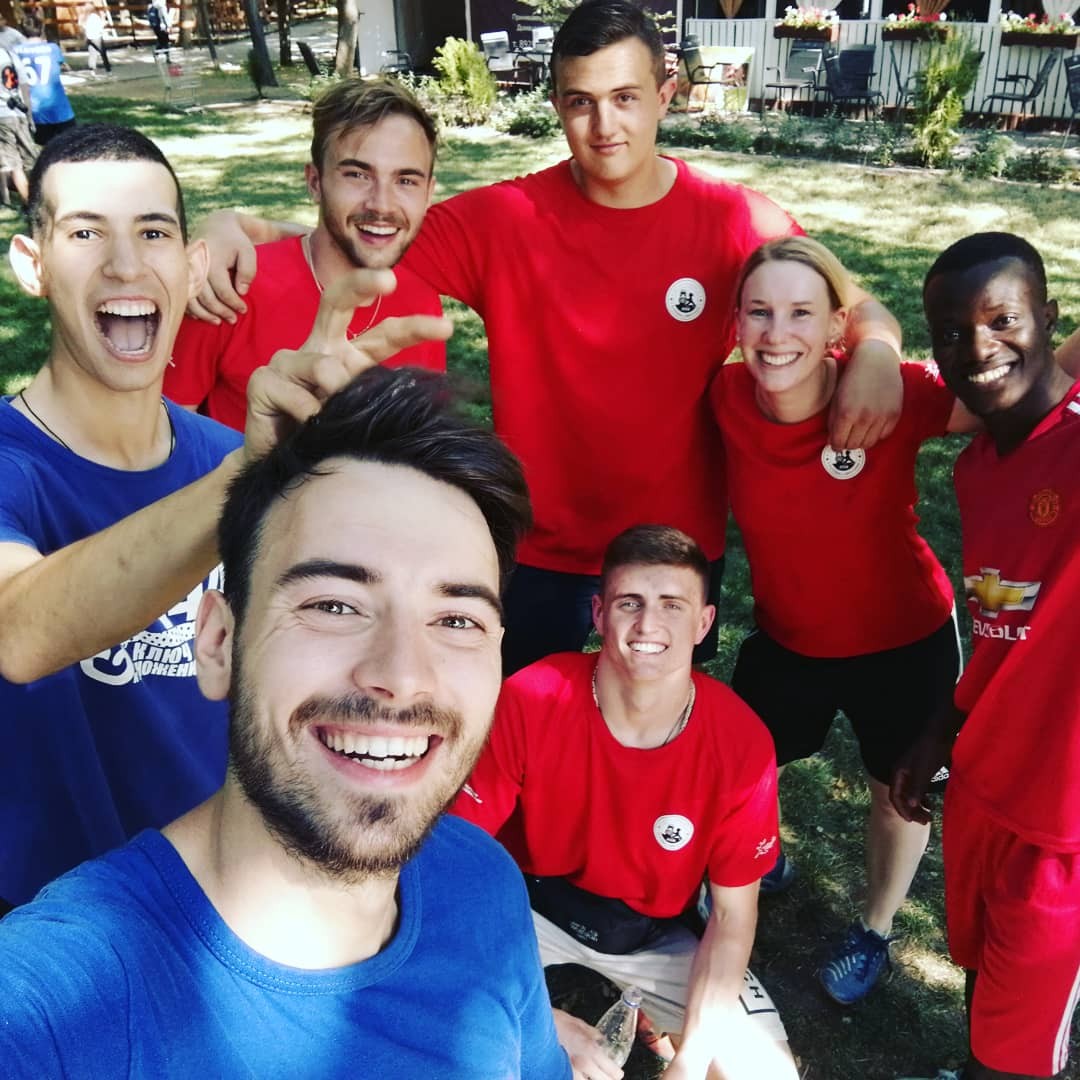 IZHEVSK (RUSSIA) – “I will build my church; and the gates of hell shall not prevail against it” — was the title of the National Conference of the Russian Church of Christians of Evangelical Faith that took place in Izhevsk on April 30 to May 2. More than 1 300 ministers — bishops and pastors — from 76 cities and towns of Russia, USA, Sweden and Singapore came to participate in this important and outstanding event.

The sermons preached at the conference were approaching from different perspectives the matters of the Church of Christ, its arrangement, our place in it, God’s attitude to His church, what should be the Church’s attitude to Israel and many more. Through His ministers God was calling the Church to freshen the dedication to Him, to dwell more in fellowship with Him, to follow the way of love and trust to the Spirit of God in the work that He has ordained us to do where each one of us ministers. The dedication to the ministry, the willingness to fulfill the foreordination cannot be separated from remaining in the fellowship with our Creator.

On day two of the conference a panel discussion “Church as a family. Contemporary challenges” took place. Bishop and senior presbyter of Omsk Association of the Russian Church Sergei Gorbenko, bishop and senior presbyter of Magadan Association of the Russian Church Nikolai Voskoboinikov, bishop and head of the family ministry of the Russian Church Vladimir Khvalov took part in the discussion. The ministers discussed the matter of relationships in the church as a family and answered questions of the participants. The discussion helped to indicate some of the most critical and significant questions that need careful attention of those who takes care of God’s people.

After the discussion there were workshops on relationships in the family and church, about how to deal with the life challenges and to trust in the Lord with all heart, how to bring the Gospel to all nations and how to start women’s ministry in the church.

At the closing of the conference a ceremony of awards to the ministers who made a significant contribution to the development of the Russian Church of Christians of Evangelical Faith with a commemorative medal of Ivan Voronaev took place. This year bishop Nikolai Zalutski and head of the administration of the Russian Church Ivan Borichevski had the honor of winning the award.

The conference of the Russian Church of Christians of Evangelical Faith is an unforgettable and significant event intended to freshen the vision and the common purposes and to contribute into developing the relationships between churches. We believe that the Lord continues His extensive work nationwide, helping the ministers with the events like this to strengthen in faith and dedication. 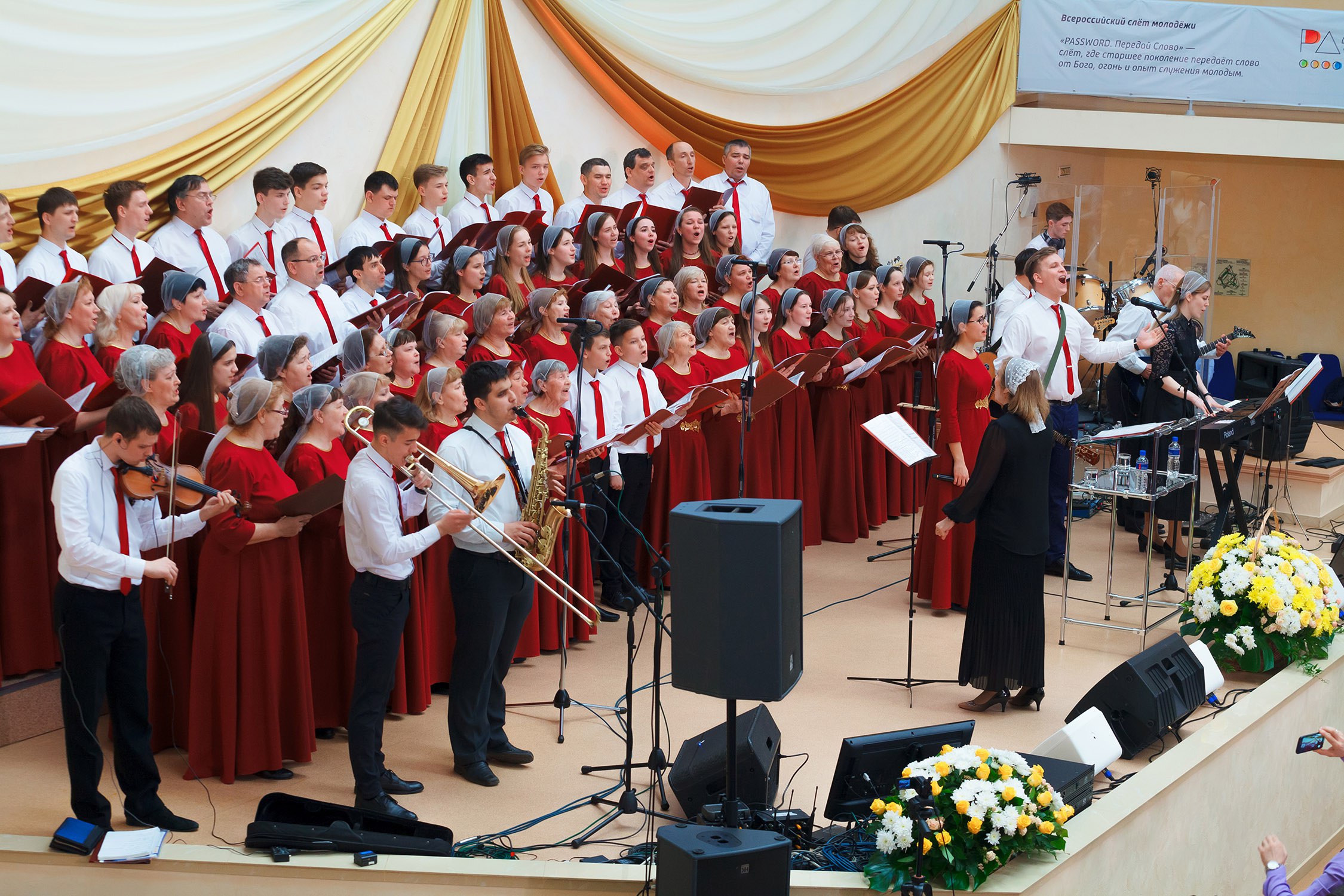 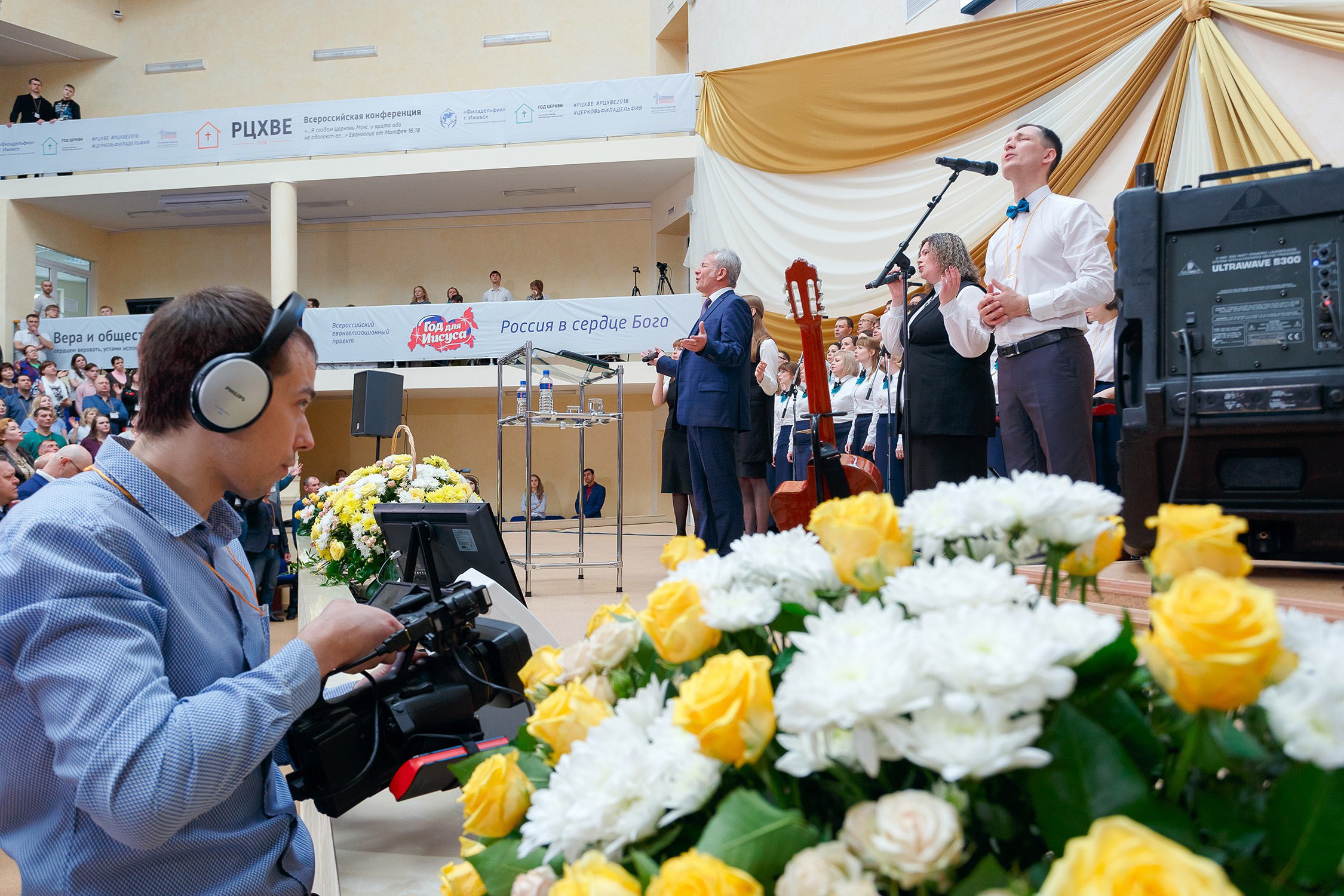 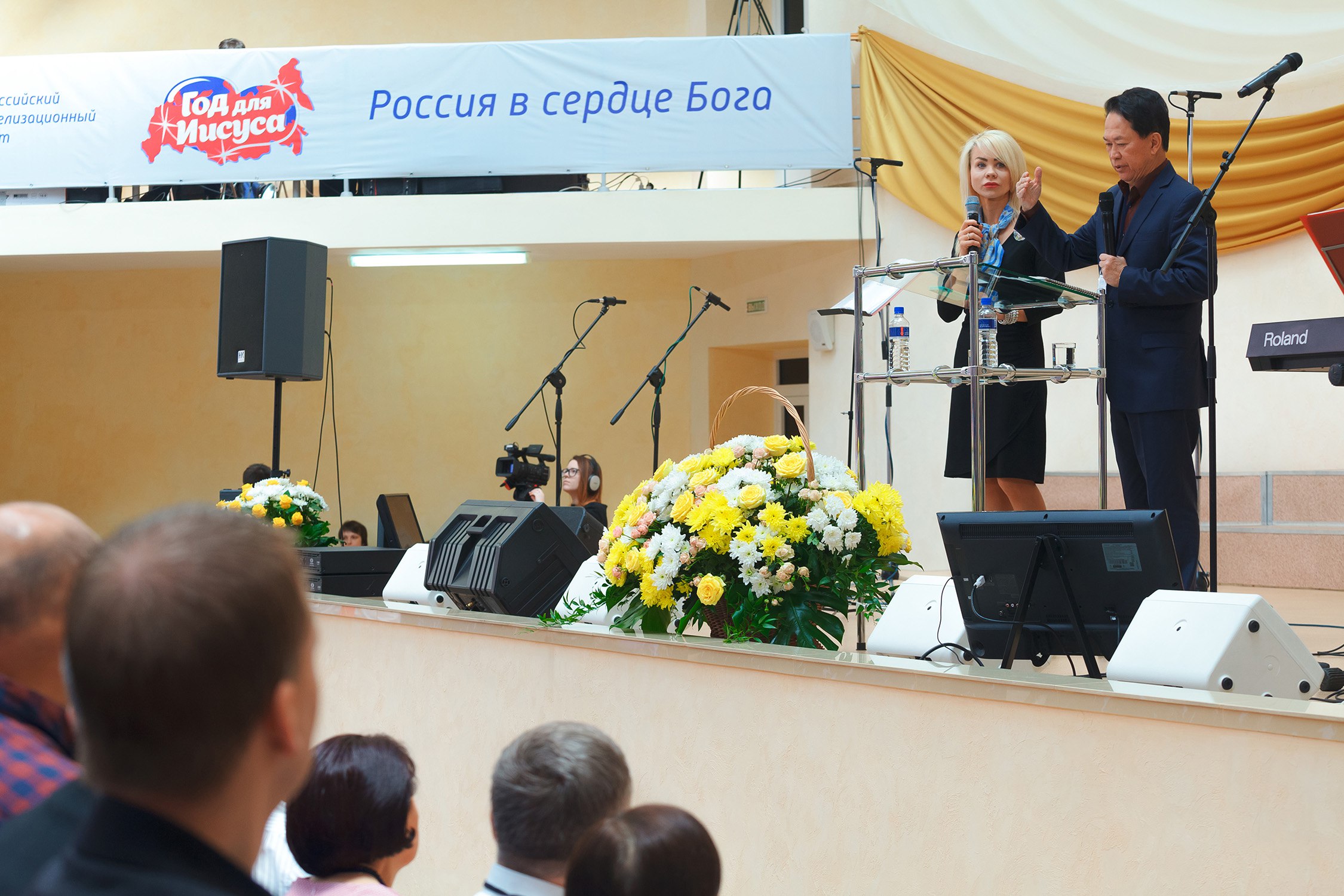 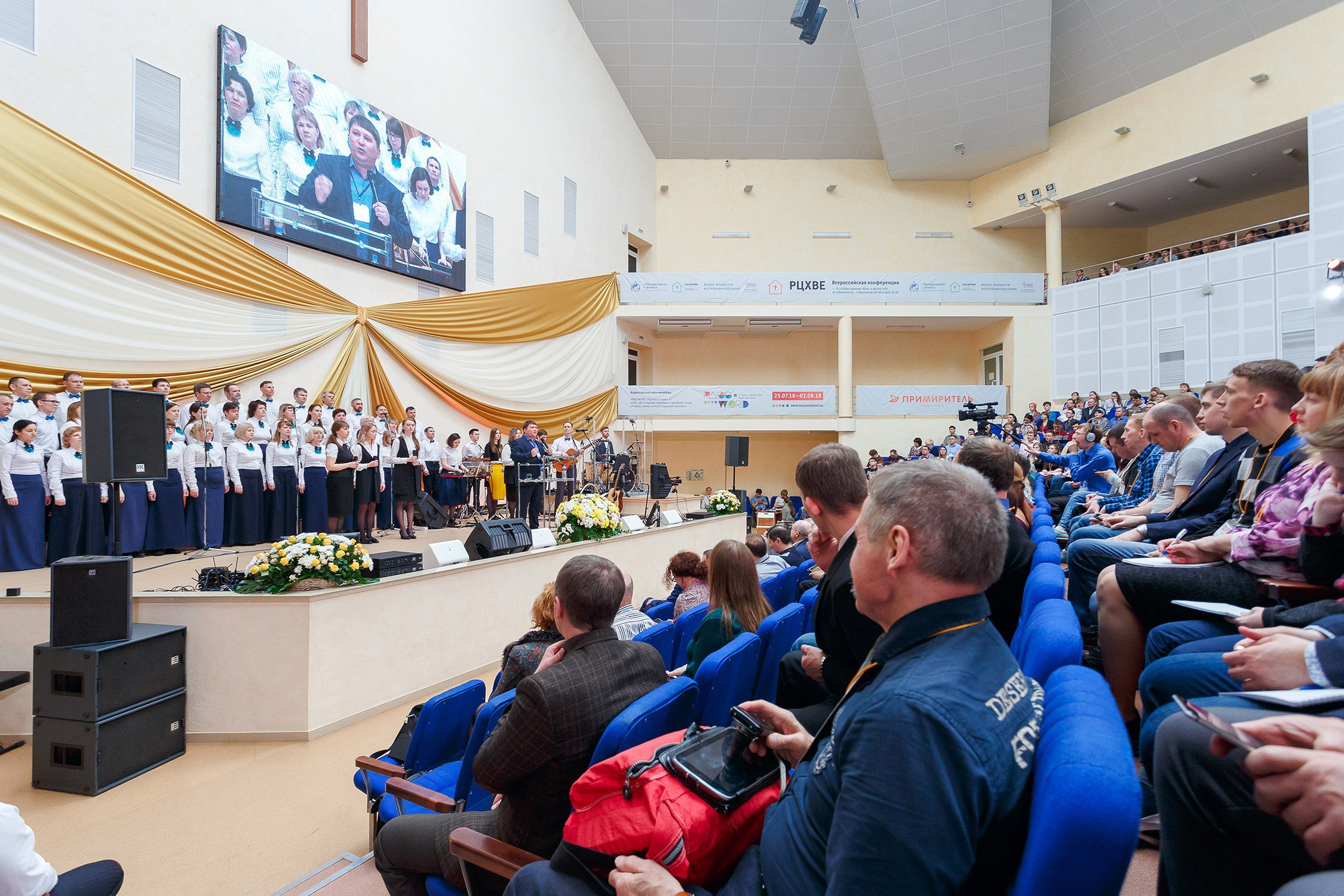 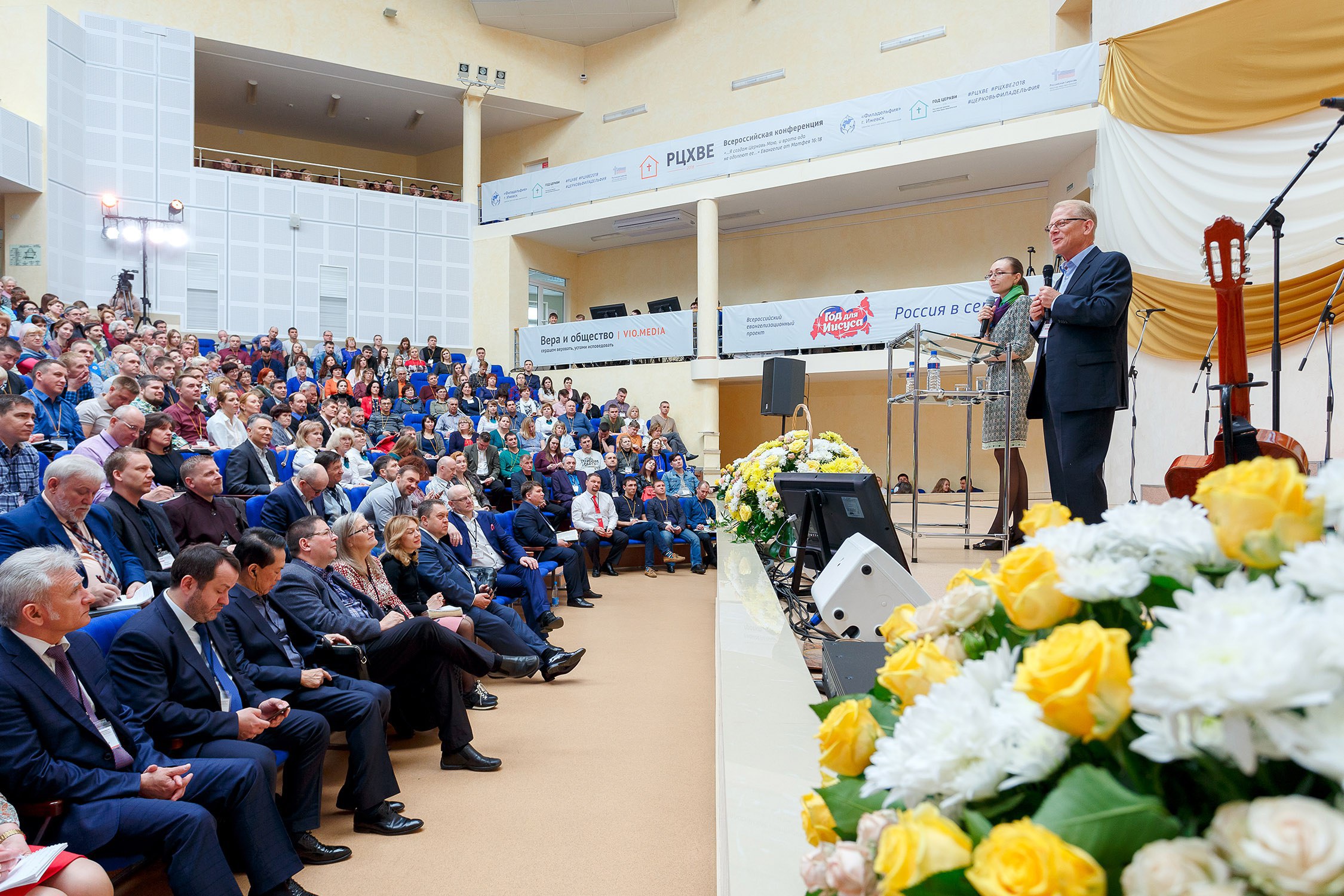 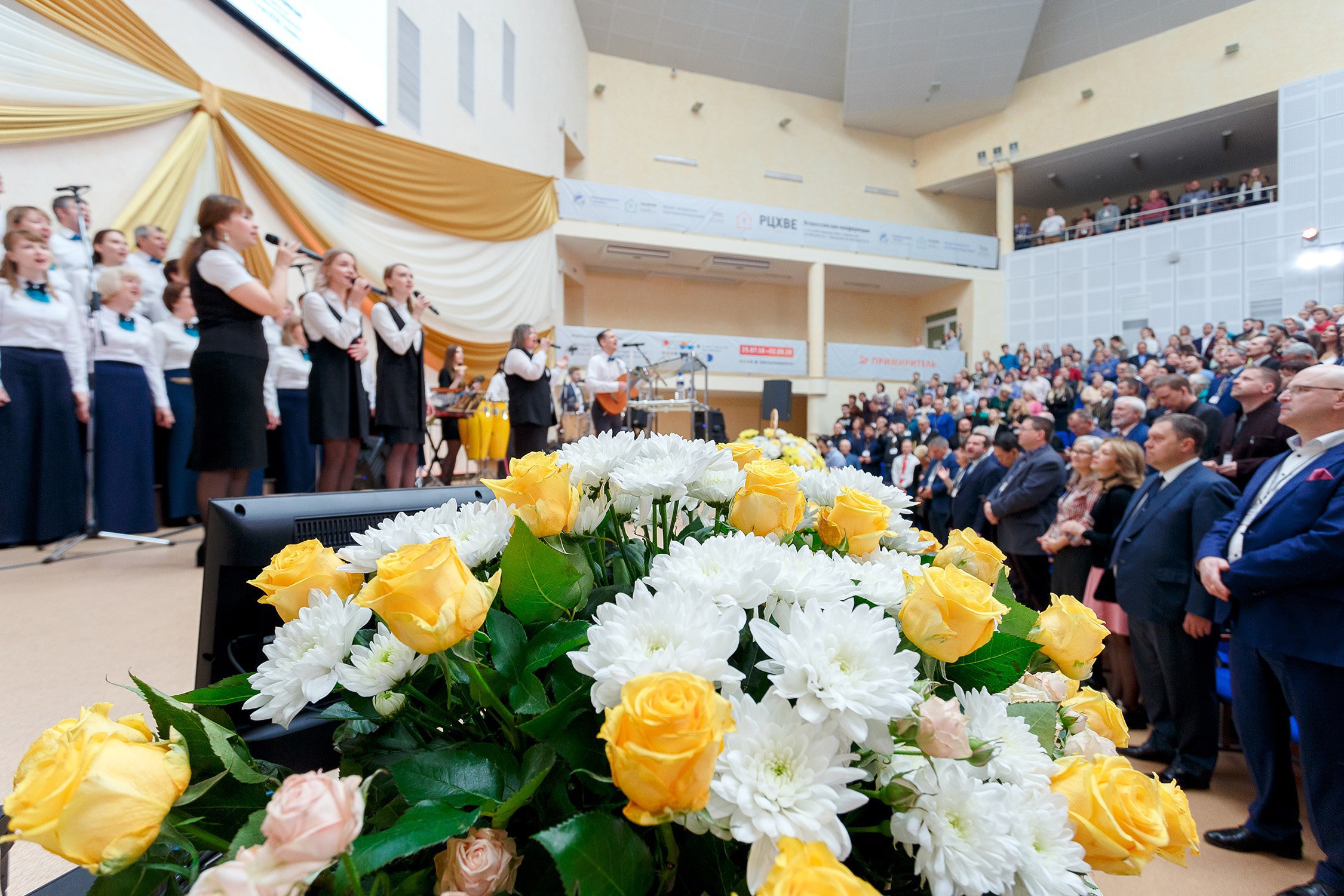 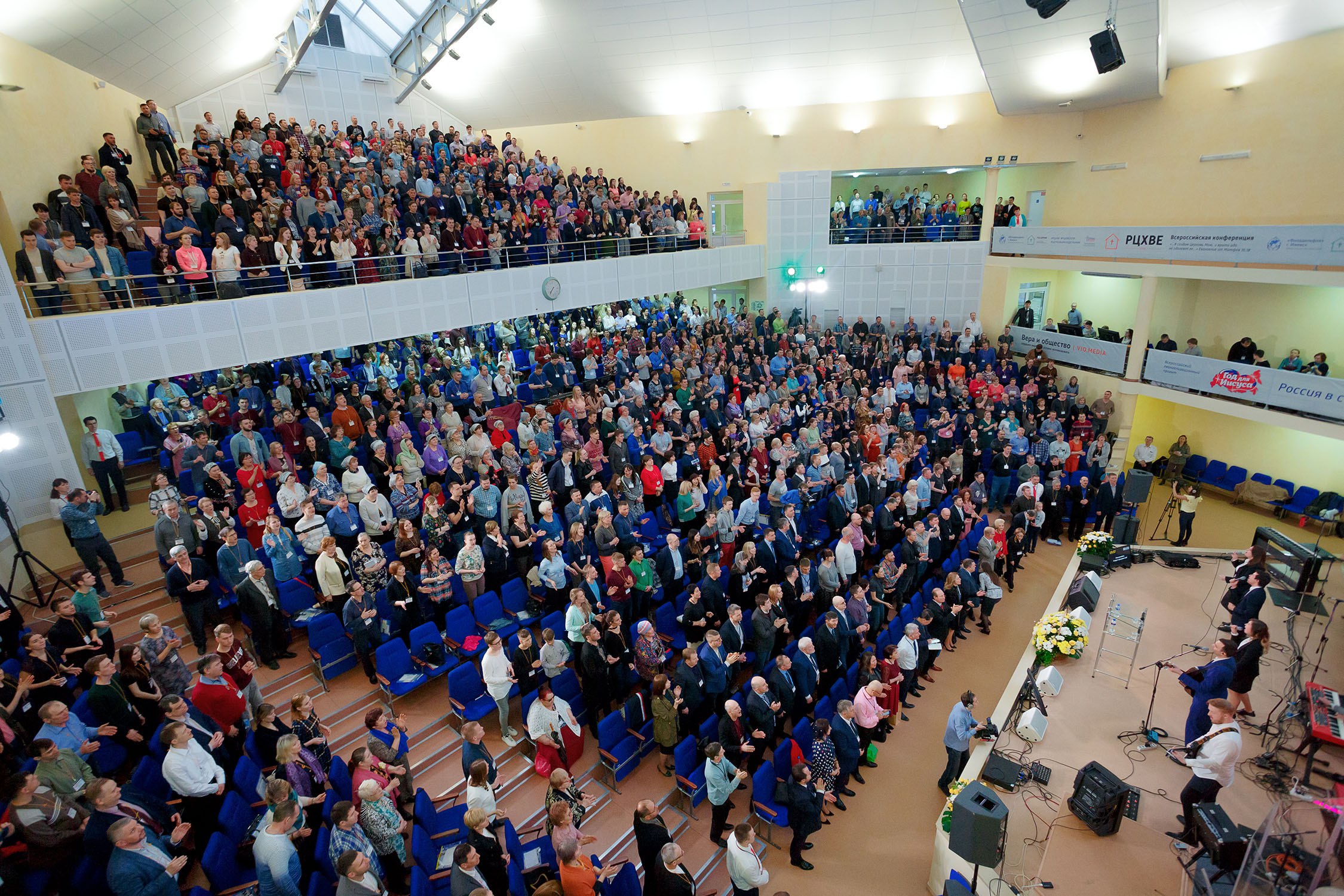 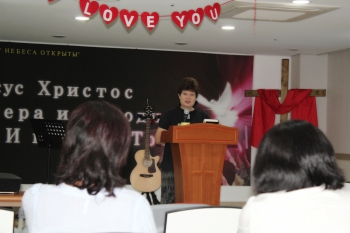 Life for Jesus. Hardships and joys of missionary life

PYEONGCHANG (KOREA) – Evgeny Gololobov came from Russia to Pyeongchang for the Olympics as a volunteer and missionary. There he met a missionary who has been serving in South Korea since 2012.

– During the Olympics we meet with many people. On February 12, we met with a woman from Russia Elena Slekishina. For five and a half years, she's been a missionary in South Korea.

Elena lived in Novokuznetsk and attended the Novoiliinskaya Evangelical Church, her pastor was Ilya Bantseev. She always wanted to become a missionary. One day the pastor preached from the pulpit and made a call to serve one year for Jesus. Her heart responded to the call. When it was time to choose the place of missionary service, head of the missionary school, Alexander Kirilov, said that there was 8,000 rubles a month of support (equals 140 USD) and a ticket to Seoul, the capital of South Korea. So Lena went on a mission.

Elena went without knowing either Korean or even English. But she was able to learn to read in Korean in two days, and it made it easier to move around the city and get acquainted with people. European appearance makes life easier as well. Koreans are friendly and polite people, try to understand her speech with an accent. They are like that a missionary from Russia speaks their language.

But also there were and are difficulties there. Elena arrived to South Korea on October 20. Winter began. It was very difficult to get used to the cold inside the house, the toilet was also not heated. And it's hard to get used to the pace of life. Koreans are very hardworking, work many hours, life goes on at a fast pace.

Elena serves Russian-speaking Koreans, immigrants from Uzbekistan, Kyrgyzstan, other CIS countries. Now Korea is issuing visas for five years to ethnic Koreans. Many come with families and are not planning to leave. Koreans, who her team serves, are open to the preaching of the Gospel.

When Elena arrived in Changwon in the south of Korea in October 2012, there was not a single Russian-speaking ministry here. Now there is a church. People receive salvation, make a covenant with God. «There are four people in our worship team, but when we started, we sang from hymnbooks, without musicians, without a guitar or a piano» – Elena says happily.

Elena asked to pray that the Holy Spirit in their church would move with more power. And that more people will accept Christ. She also shared her personal request: «I want to go to Russia at least twice a year to see my sons and two granddaughters.»

It is very joyful to see the fruits of her ministry. The project for one year has become a lifelong project – a life for Jesus. Truly, we will go to the end of the earth, according to the Word of God. 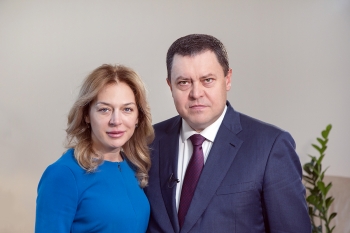 Beloved Friends! Christmas greetings! May this special season be filled with joy, peace and love!

We live in a special time when God is preparing His church for His second coming. He said, “I will pour out My Spirit on all flesh” (Joel 2:28). We are the generation, who prepares this world for Jesus Christ, proclaiming His goodwill toward men (Luke 2:14) – the same glorious message that the angels brought to shepherds more than 2000 years ago. May God help us always be an example of faith, grace and spiritual strength to glorify Him.

May God bless you! We wish you all happy Christmas and joyous New Year! 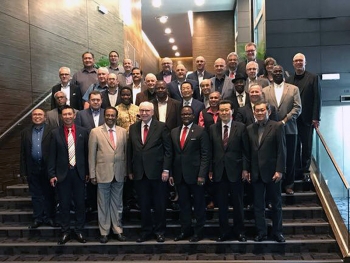 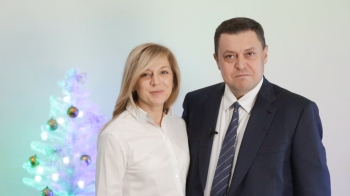 This time of year, when we celebrate the true joy of Christmas, we are blessed to have you as our friends and partners. Thank you for standing with us through your prayers and support as together we continue to reach people of Russia so that they will know why Jesus came.