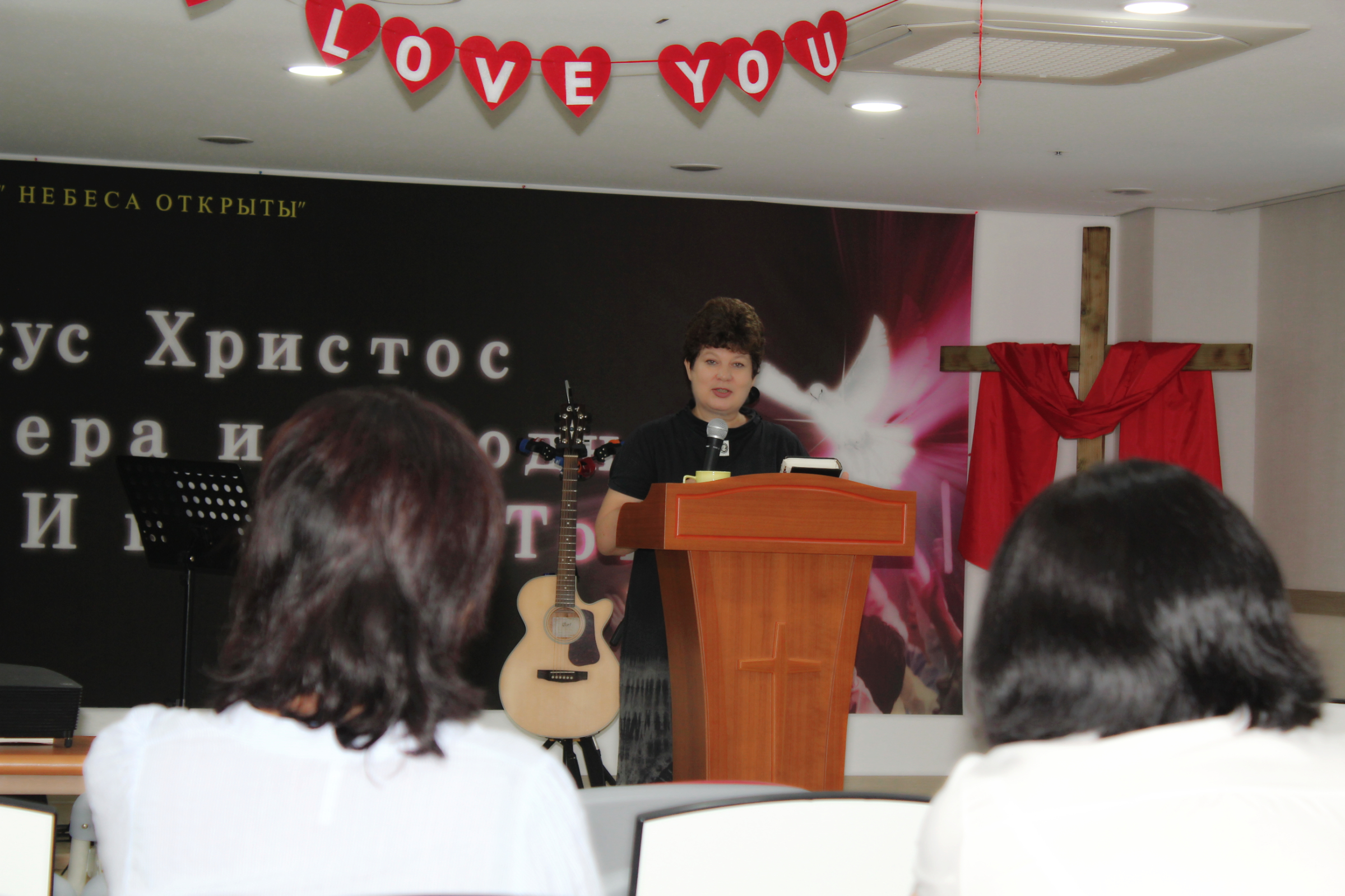 PYEONGCHANG (KOREA) – Evgeny Gololobov came from Russia to Pyeongchang for the Olympics as a volunteer and missionary. There he met a missionary who has been serving in South Korea since 2012.

– During the Olympics we meet with many people. On February 12, we met with a woman from Russia Elena Slekishina. For five and a half years, she's been a missionary in South Korea.

Elena lived in Novokuznetsk and attended the Novoiliinskaya Evangelical Church, her pastor was Ilya Bantseev. She always wanted to become a missionary. One day the pastor preached from the pulpit and made a call to serve one year for Jesus. Her heart responded to the call. When it was time to choose the place of missionary service, head of the missionary school, Alexander Kirilov, said that there was 8,000 rubles a month of support (equals 140 USD) and a ticket to Seoul, the capital of South Korea. So Lena went on a mission.

Elena went without knowing either Korean or even English. But she was able to learn to read in Korean in two days, and it made it easier to move around the city and get acquainted with people. European appearance makes life easier as well. Koreans are friendly and polite people, try to understand her speech with an accent. They are like that a missionary from Russia speaks their language.

But also there were and are difficulties there. Elena arrived to South Korea on October 20. Winter began. It was very difficult to get used to the cold inside the house, the toilet was also not heated. And it's hard to get used to the pace of life. Koreans are very hardworking, work many hours, life goes on at a fast pace.

Elena serves Russian-speaking Koreans, immigrants from Uzbekistan, Kyrgyzstan, other CIS countries. Now Korea is issuing visas for five years to ethnic Koreans. Many come with families and are not planning to leave. Koreans, who her team serves, are open to the preaching of the Gospel.

When Elena arrived in Changwon in the south of Korea in October 2012, there was not a single Russian-speaking ministry here. Now there is a church. People receive salvation, make a covenant with God. «There are four people in our worship team, but when we started, we sang from hymnbooks, without musicians, without a guitar or a piano» – Elena says happily.

Elena asked to pray that the Holy Spirit in their church would move with more power. And that more people will accept Christ. She also shared her personal request: «I want to go to Russia at least twice a year to see my sons and two granddaughters.»

It is very joyful to see the fruits of her ministry. The project for one year has become a lifelong project – a life for Jesus. Truly, we will go to the end of the earth, according to the Word of God.