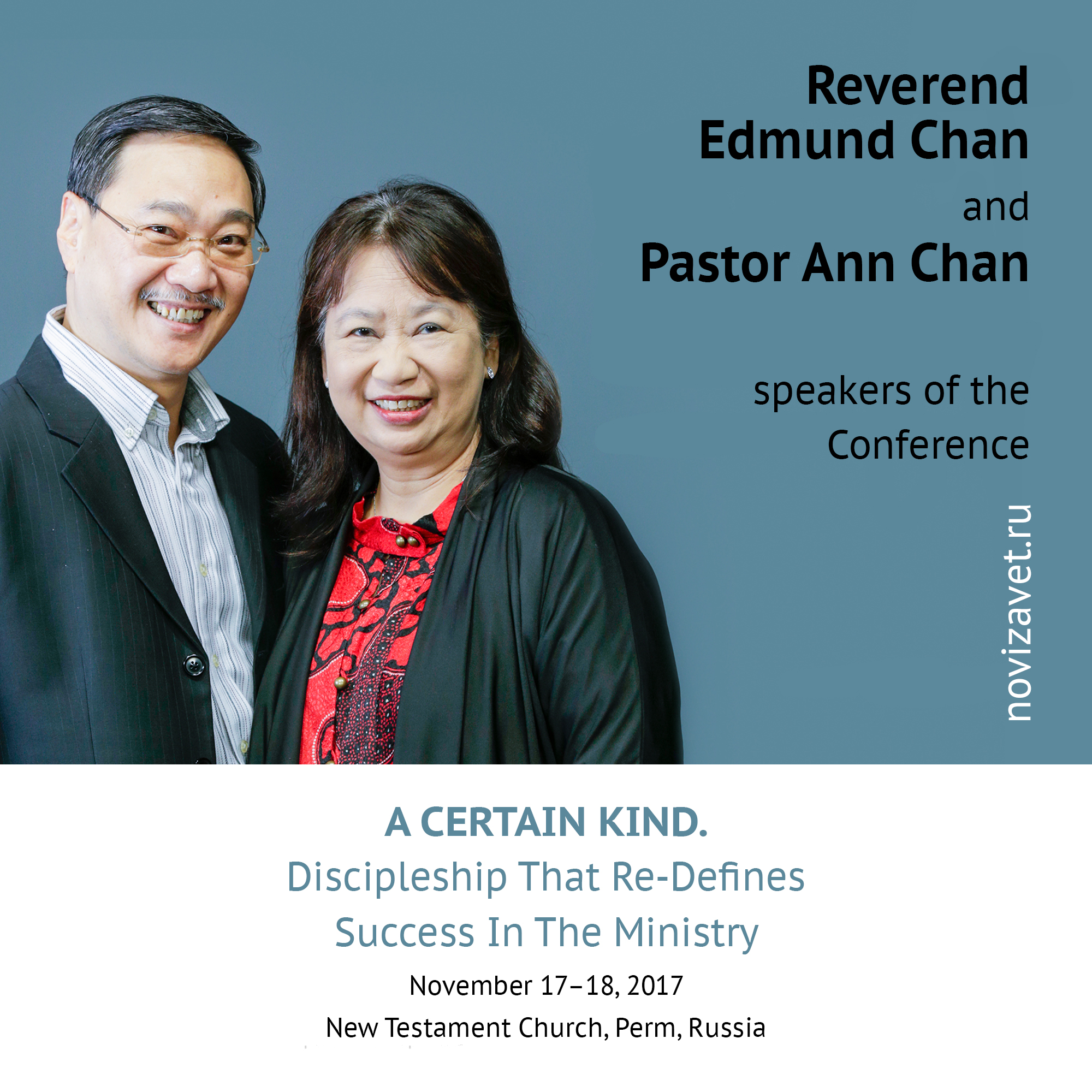 The Theme for Perm Conference is: “A CERTAIN KIND. Discipleship That Re-Defines Success In The Ministry”

A synopsis of the conference: The greatest need of the Church is leadership. To produce a certain kind of spiritually qualified leader, authentic discipleship and intentional disciple making are the biblical keys. The chief goal is life transformation – building depth in the lives of leaders to influence the Church to arise to be what God intends it to be!

Edmund Chan is a highly sought-after expository preacher and an esteemed leadership mentor. His insightful biblical teachings are very well received, resulting in worldwide speaking invitations up to five years in advance.

After his 25-year service as the Senior Pastor of Covenant Evangelical Free Church, Edmund transited in leadership in 2012 to provide leadership as Founder of the Global Alliance of Intentional Disciple Making Churches (IDMC Global Alliance). He remains on staff at Covenant EFC as the leadership mentor.

A highlight in ministry was the launch of the Global Discipleship Congress (GDC) in Manila, in partnership with Christ Commission Fellowship. The inaugural GDC 2013 was attended by over 8,000 pastors and leaders from 61 nations; and have since paved the way for major regional discipleship summits, particularly in Europe and Africa.

Edmund is married to Ann, who actively ministers and mentors alongside him around the world. They have two lovely adopted daughters, Amanda and Belicia.

A gifted leader and teacher, she has pioneered many of Covenant’s ministries, including Women-In-Covenant ministry.  No stranger to pain and suffering herself, she has been an empathetic and wise counsellor to many who have approached her over her years of ministry.

An educator by training, Ann graduated with a Master of Arts degree in Christian Education (with Honours) from Trinity Evangelical Divinity School in 1994.  She has also mentored, preached and taught in Hong Kong, Australia, America and London.