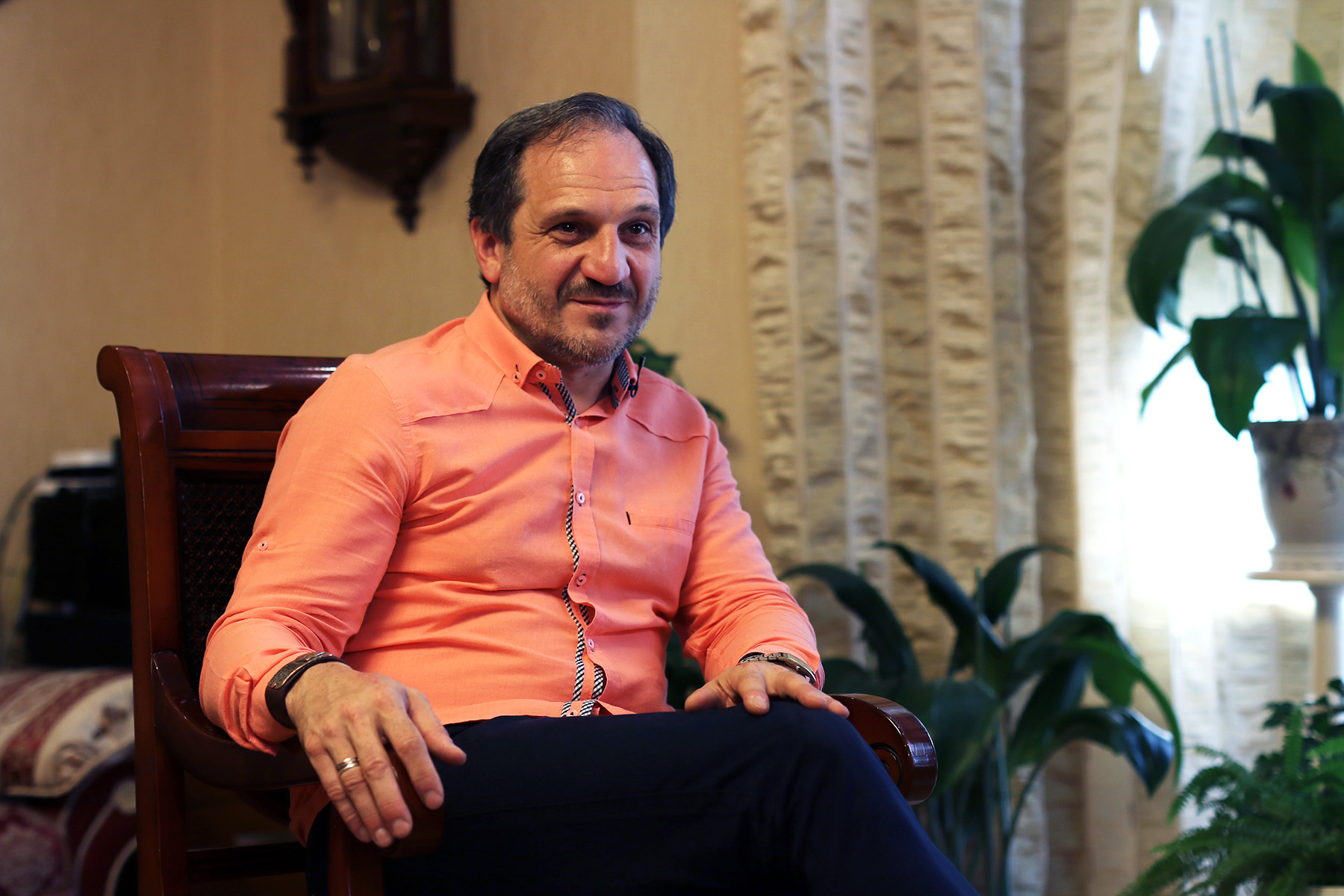 NOVOSIBIRSK (RUSSIA) – Leaders of the world famous ministry International House of Prayer (IHOP KC) will become participants of the first in the history of Siberia conference "IHOP-Siberia". On the eve of this large-scale event, we had questions to the senior pastor of the Covenant Church, bishop of the Russian Church of Evangelical Christians Vitaly Maximyuk.

– Vitaly Vladimirovich, the movement IHOP KC, known for its 24-hour service of praise and worship, can undoubtedly be called one of the largest prayer centers in the world. How relevant is this prayer movement for the modern church?

– 18 years ago, at the beginning of the IHOP KC movement, there were only a few places in the world where people carried around the clock prayer service. Today there are about 20,000 such prayer houses on the planet. What I saw at the International House of Prayer in Kansas City is likely to be arranged differently than, for example, in Egypt, Mexico and other countries. What unites people who serve the Lord with prayer? The thirst for the presence of God, and the understanding that before anything happens, the church prays. The apostle Paul says: "First of all, I ask you to perform prayers, petitions and prayers." Prayer precedes what will happen. In the ninth chapter of the Gospel of Matthew, Jesus speaks of a harvest and a few workers. He speaks of prayer: "Pray for the Lord of the harvest, that He sends laborers into His harvest." He does not say, "Go," He says, "Pray." Therefore, prayer is a state in which the church must remain constantly. We need to sacrifice something, refuse something, to pray and be in the presence of God. This revelation is carried by the prayer movement IHOP KC.

– The fast pace of life often leads to lack of prayer life among modern Christians. How do you manage to cope with this?

– It's always a challenge. I have to postpone something, or even completely refuse some things. It was easier before. Now I ofetn say: "I'm sorry, I'll answer tomorrow," "I'll answer later." I set aside time for prayer, quiet time with God, I try to do this in the morning. If I'm on the road, I do it when I'm alone. These are questions of discipline, as well as what I am prepared to sacrifice. Often I have to give up some projects and even relationships in favor of spending more time with the Lord.

– What are the most noticeable prayer ministries in the world?

– They are in many countries. The events in South Korea are widely known. Here, Christians over the past 50 years have inspired the world with their prayer life. It all began with David Yonggi Cho, a famous minister of God. His mother-in-law acquired land on one of the mountains, and they built prayer cells there. It became the morning prayer place for the church. There are thousands of prayer mountains in Korea today. The Chinese church surprises the world by the prayer, which occurs at home, a silent prayer – they can not pray loudly and make a lot of noise. I met with a representative of the Chinese prayer movement and was surprised to learn how much the church prays in the days of persecution. Pain, stress, imprisonment of brothers and sisters put the church on their knees before God. We see this in the book of Acts: when Peter was in prison, the church diligently prayed for him. I talked with a young minister who was 32 years old, he was the son of a pastor and since the age of 16 he has been founding prayer houses in Mexico. He opened more than 60 prayer houses across the country. This young man is filled with the fire of prayer, the desire to inspire the whole body of Christ in Mexico for constant prayer. The prayer movement in Brazil is widely developed. Brazilians are hot in temperament. They pray loudly, expressively, the Lord does great things in this part of the world.

"Within minutes, 50,000 people chanted the name of the Savior – the presence of God was incredible!"

– How are things in the Muslim countries? Is there also a widespread prayer movement?

– Muslim countries are no exception. On November 11, 2011 amazing events took place in Egypt. The Holy Spirit prompted the leader of the prayer movement, he was not even a pastor, to organize a joint prayer of Christians of different denominations from 6 pm to 6 am. Just a few weeks before the final decision was made, during a discussion with the bishops of the Coptic, Catholic, Lutheran and Evangelical churches about all Christians 12-hours gathering to pray for the country, about the movement of God in Egypt, they let an ad run on television. One day before the appointed date the director of one of the Christian TV channels asked the organizer of the prayer night: "How many people do you expect?". He replied: "I will be happy if 3-4 thousand people join us." His interlocutor then expressed doubt, saying: "God grant that they came, because before that there was no such experience, and no one can predict with certainty whether people will respond." More than 50 000 people arrived! Thousands of buses from all over the country. People came together to pray. About two o'clock in the morning people in the audience unexpectedly and spontaneously started shouting: "Jesus! Jesus! Jesus!". For a few minutes, 50,000 people chanted the name of the Savior – the presence of God was incredible! After this, the feud between denominations in Egypt ceased. Christians fell in love with God's Word – they began to read Scripture every day. People read the Bible from beginning to end several times a year, and this movement continues to this day.

"We are on the verge of one of the largest prayer movements ..."

– What is the significance of the IHOP-Siberia conference for Russia?

– Any awakening in history had prerequisites. One of the most important factors in the awakening has always been prayer. Studying the awakenings of the past, we will notice that every movement of God, a change in culture, the outpouring of God's Spirit on earth was preceded by prayer. I deeply believe that we are on the verge of one of the largest prayer movements, and the changes will, in my opinion, be obvious to the whole world. Today, the Spirit of God through Bob Jones and other prophets announces that the last awakening before the coming of the Lord will come through the Russian-speaking world, through the Slavic people. When the fire of thirst for God's presence, the prayer fire will flare up in Russia, among the Slavic people, it will sweep the whole world. These are the prerequisites for awakening, but in order for the Spirit of God to be to poured out, the Russian church must light the torch of prayer.

– Christians of Russia have always been in prayer. How should this prayer movement differ?

– Of course, we prayed when there were persecutions, but these were different prayers. We are talking about prayers of intercession, worship, contemplation on the beauty of God. This is a different nature of prayers – we are not looking for "Give me" or "Answer my need." On the contrary, we are looking for "How to serve You, Lord?", "We magnify You!". When the focus of our prayer shifts from ourselves to our Lord, this will be the starting point of the awakening that will change our country, the people, the whole world.

"This is a small turn, which opens a wide road leading to the awakening of our nation..."

– In our country there are many events, many conferences. Why should I postpone everything and come the IHOP-Siberia Conference?

– This is not a regular conference. To make this event possible, people prayed for decades, searched for ways to bring this fire and this revelation to our country. We believe that this is the door that opens today. This is not just another conference, it is the birth of a prayer movement in the Slavic world. I know from the Lord that this is the beginning. It's a small match that will ignite a big flame; a small lump of snow that will cause an avalanche; this is a small turn, which a opens a wide road, leading to God's movement and the awakening of our nation. The IHOP–Siberia Conference will be held in Novosibirsk from 28 to 30 of March 2018. One of the leaders of IHOP KC movement John Chisholm, as well as youth pastor and director of the school of service "Forerunner" David Slicer will be speakers of the Conference.

The site of the event: www.ihopnsk.ru