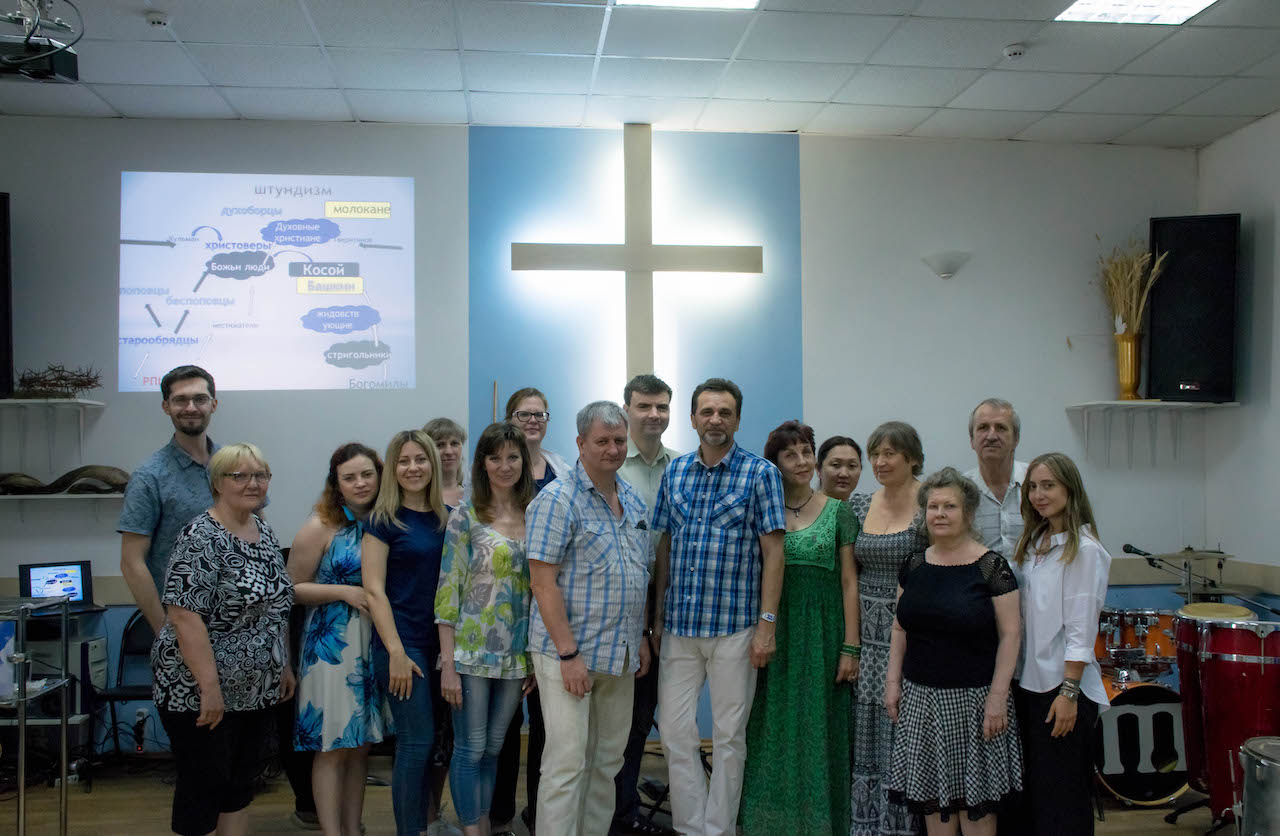 ROSTOV-ON-DON – On June, 8 an interdenominational seminar “The origins of the Russian evangelism” took place in Rostov-on-Don. Alexei Rudenko, PhD in philosophical sciences, Master of history and religion, Bachelor of theology, pastor of  Christ the Savior church was holding it. The event took place at the Shield of Faith church**.

Alexei Rudenko’s authorly seminar has three parts. Part 1, “Before the Nonconformity” was presented to the participants. The speaker told about the events of  10th to 14th centuries, related to Christianization of Russia and emerging of the first “protestants” – Christians having a theology allied to the contemporary evangelical Christians’.

Pastor Alexei did not just describe the historical events but delivered the atmosphere of the times our ancestors lived and were searching for God in. He helped the listeners to see the well-known facts in a new light and see the history of the country in many colors and gradations. He was speaking about the contrariety and ambiguousness of the ancient  Knyazhs’ and their liege men’s actions. He told why it was fashionable to be a Viking in Russia, what baffled the Knyazhs to unite against the raiders, how the Tatar-Mongol yoke eliminated women from social life and many more.

The speaker shared interesting facts about how the evangelical movement in our country started even before the Christianization of Russia. The first missionaries were Bulgarian bogomils. Then such movements would emerge occasionally, by severing themselves from the Orthodox church. One of the most solid was the Strigolnichestvo movement. Unfortunately all those endeavours to return to the First Christians’ format were severely suppressed.

At request of the listeners pastor Alexei briefly told about the beginning of evangelical movement in Rostov area.

The seminar’s participants were impressed by the presented information and the feedback was very positive.

Anastasia Dryakhlova: “I’m delighted with the seminar. It was surprising to learn that the evangelical movement has a more than 1000 years’ history in our country. I’m looking forward to the continuation!”

Alexander Savich: “Most of all I’m impressed by three facts. First, that the evangelical movements emerged in Russia almost at the same time as Russia itself. Second, that before the 13th century, which was before Mongols and Tatars came to Russia, the Russian church was cooperating with the European, and only after that they separated. And third, that the evangelical Christians had significant influence on the authorities of Russia… The seminar is very interesting, showing promises to further development of the evangelical movement in our country”.

Alyona Semenova: “The seminar was amazing! I never thought it was possible to speak about history so fascinatingly. Alexei Alexeevich does not only share the knowledge, but helps to feel the history and understand why one or another event happened. It is surprising that Christians with same theology as we have emerged in Russia before it was Christianized. The spiritual reformation could take place in Russia before it did in Europe, if the attempts to search for God wouldn’t have been severely thwarted. It would be great if the historical role and value of evangelical movement in our country wouldn’t be hushed up. And, first of all, us, evangelical Christians, we should know our history well. That is why I will eagerly come to the next seminar”.

Vladislav Shuklin: “The topic of the seminar is very timely. Even though I knew many of the historical facts, there was much new information about the cooperation of church and state. It is interesting that not so much has changed in that during the many years of Christianity’s existence. One more time I’m convinced that Alexei Alexeevich is a great specialist and has perfect knowledge of all cobwebs of the evangelical movement’s origin. He perfectly covered the topic of succession the absence of which the protestants so often get blamed for. I hope such seminars will be held again. I’d like to listen to the continuation”.

Information on the next seminar will be published at: hristos.ru