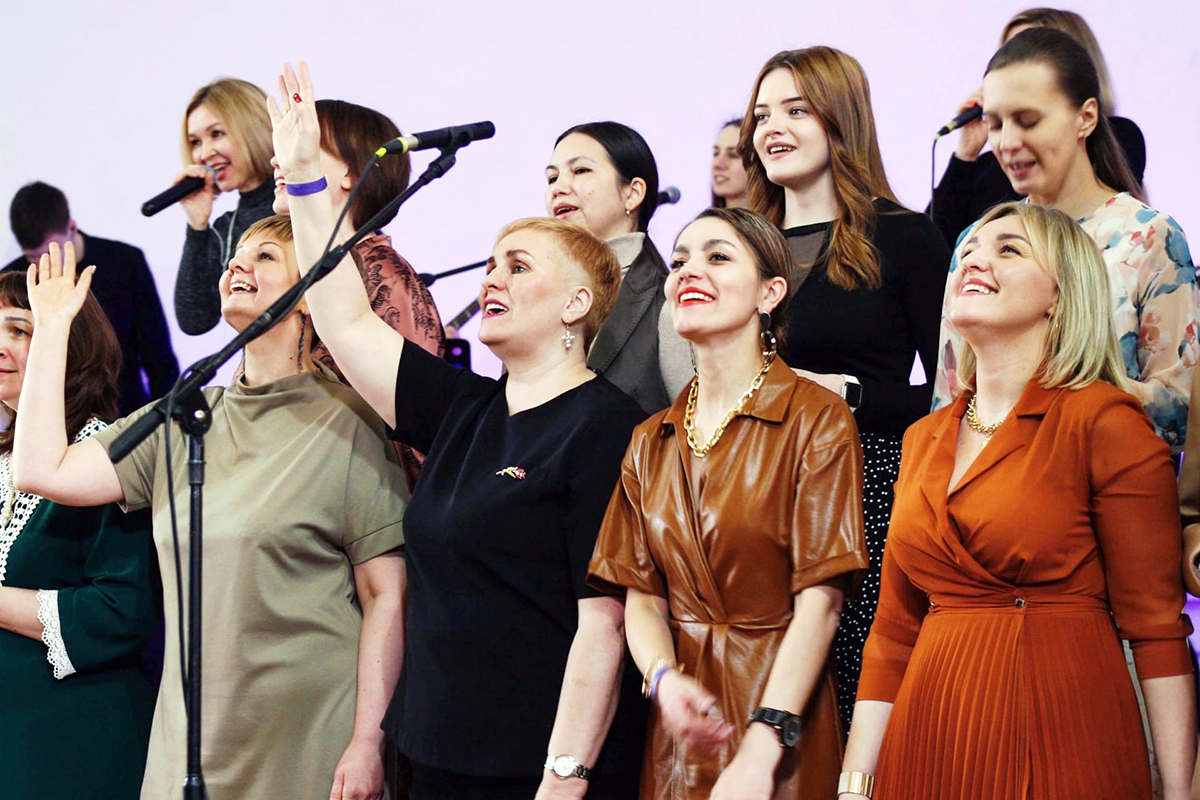 SAINT-PETERSBURG – On March 7-8, the First Federal Women's Conference of the Russian Church of Christians of Evangelical Faith/Pentecostals in the Northwest of Russia was held in St. Petersburg under the title ‘Do You Know Him?’.

350 women from churches of St. Petersburg, Leningrad Region and the surrounding areas came together to pray, encourage one another, and study the Word of God.

“Do we know God? Our God is a source of wisdom and revelation. And we, as His creation, His children, are called to know Him. Here, on earth, we have an opportunity to get to know God's character, His heart, His desires. We wish we could use this chance”, — that was the main message of the conference, stated by Valeria Tsvetkova, Head of Women's ministry in the North-West Federal District.

‘Do You Know Him’ Women's Conference was a meaningful event for many sisters of local churches of the North-West Federal District.

We thank each and every speaker and worship team, all the organizers and volunteers, and every participant of the conference. We pray that each sister who attended the conference will retain the prophetic word and anointing that the Lord imparted to her in these days.

The Russian Church of Christians of Evangelical Faith/Pentecostals