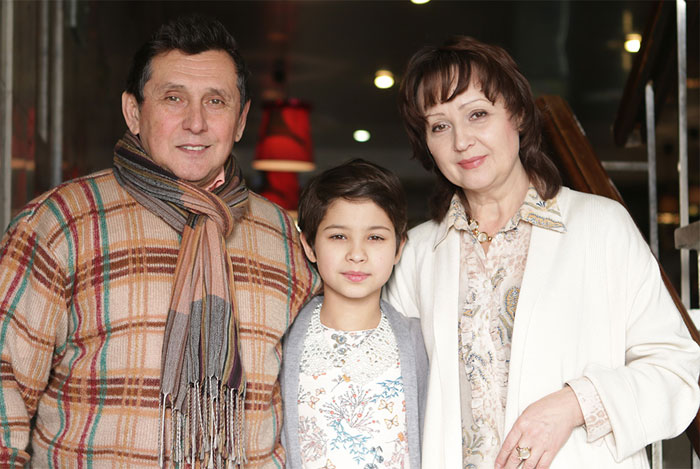 The Tkachenkos is a large family – loving parents Sergey and Nadezhda, three sons and a daughter. But it wasn’t always so.  In 1991, Sergey went to the US and soon the whole family decided to immigrate there but the plans as well as some other things were doomed to fail. Having left for America for a couple of months, Sergey stayed there for several years. Nadezhda and the children were waiting for him in Russia. So, the family split up in such a simple and stupid way.

When Russia entered the period called Perestroika, Nadezhda had to move to her home town, where her parents were living, because of the lack of money. Temporary work helped her to make ends meet. Being offended and exhausted she visited witch doctors, turned to different philosophies hoping to find comfort and restore the broken heart.

Seeing how desperate Nadezhda was, her girlfriend invited her to a Christian church where Nadezhda felt an urgent need in forgiveness and God’s love. That day she accepted Christ as her Savior and gave her life to Him. Life slowly started to change but soon after that there came trouble. A four-year-old son was injured in the car accident and had a brain trauma.

Sergey returned to Russia after receiving a text message from his wife and blamed her for this accident. Nadezhda didn’t answer evil to evil and asked her husband for forgiveness for her past words and actions. And God started to change Sergey, opening his eyes to his renewed wife, who was humble and loving God. Slowly God gave their love a new beginning.

Now this love is growing from day to day and their faith in God gives them joy every day. Sergey and Nadezhda serve the Lord and know that God is able to restore broken hearts and relationship. Their hearts are filled with deep gratitude to the One, Who didn’t leave them alone when there seemed to be no way out, and gave them new life.