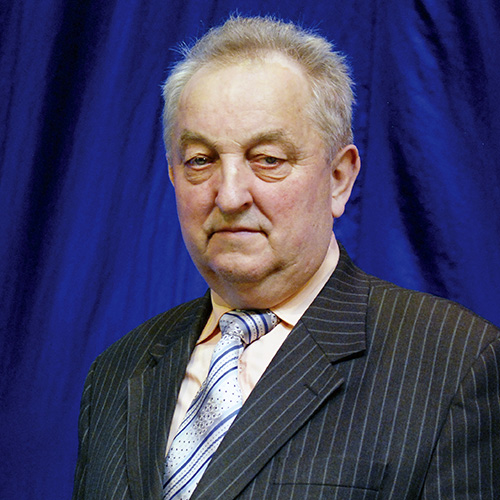 Vladimir Moiseevich Murza was born on November 29, 1940 in Virka village of Stepanskiy district, Rivno region, the republic of Ukraine, which was a part of the Union of Soviet Socialist Republics. He was born to parents who were Christians of Evangelical Faith. They got saved in the 1920's, when a powerful Pentecostal movement began in Ukraine.

Vladimir’s mother died when he was only three weeks old. He was the fourth son in the family. His father prayed and felt led by the Lord to marry Praskovia Vasilyevna, a Godly woman from another area; she was a singer and preacher. She became a real mother to his children.

When Vladimir was three years old, his father was inprisoned for preaching the gospel. He was released from prison, when Vladimir finished primary school, he was ten years old then. The family attended the church services that were held in believers’ homes. At the age of 15, Vladimir preached at youth group services.

In 1957, Vladimir fimished the tenth grade and began to work at the collective farm. In 1959, Vladimir was drafted to the Soviet Army. He served in Volgograd, but he didn’t hide his Christian faith for which he was sentenced to three years of prison.

In 1963, after being released from prison, Vladimir didn’t come back to his parents’ home, but went to relatives in the Krasnodar region. In the city of Labinsk he continued as a preacher.

Soon, Vladimir’s life changed: he met a young singer Lubov. They married and moved to the town of Bataisk in Rostov region. There they lived for 28 years in peace and harmony. In Bataisk their two daughters, Nadezhda (Hope) and Vera (Faith), were born.

In 1966, Vladimir Murza was elected a deacon, and in 1978, he was ordained a pastor. In 1981, at the regional Presbyters’ meeting he was elected a senior presbyter of the Rostov regional assosiation, and at the end of 1982 – Bishop of the Northern Caucasus region.

The same year, Vladimir finished Civil Engineering Institute in Rostov, then worked as an engineer, combining work with the ministry.

Vladimir Moiseevich served the Head Bishop for 12 years. In 2002, he retired from this position handing over the leadership of the Pentecostal Union to Pavel Okara.

For the next eight years he continued to serve as a senior pastor of Living Spring Church. In December 2009, Vladimir Moiseevich was offered a position of the First Deputy Head Bishop of the Russian Church of Christians of Evangelical Faith that he accepted and served for 4 more years, till May 2013.

On December 10, 2013 Vladimir Murza went to be with his Lord and Savior, Who he faithfully served all his life.