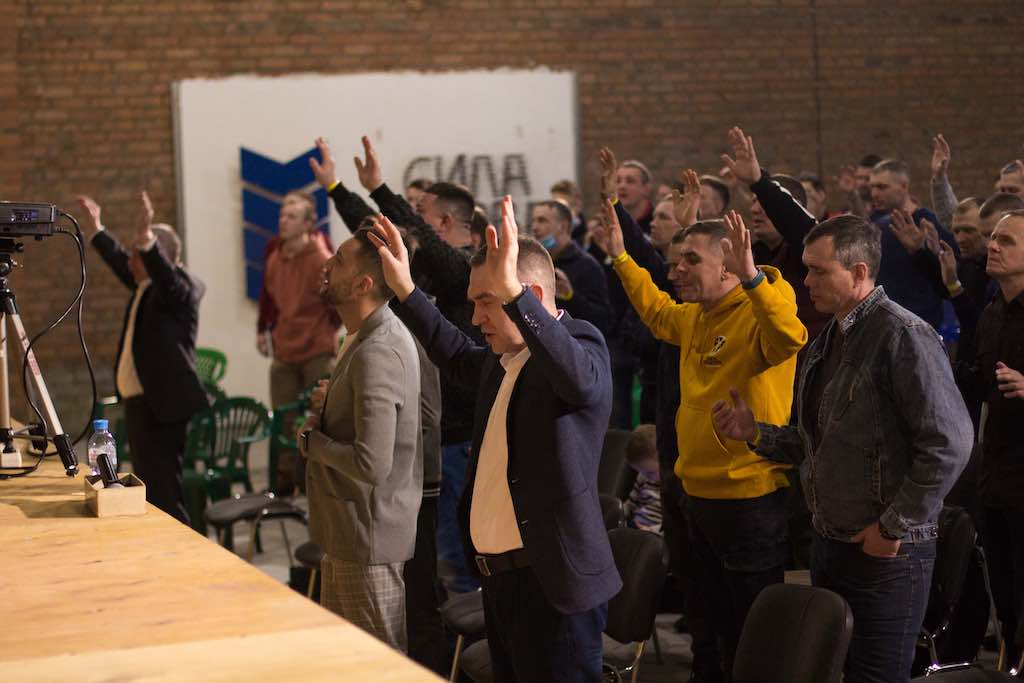 The main verse of the conference was the words about King David: “Having denied him, he made him king David, of whom he also said, testifying: ‘I have found a man after my own heart, David the son of Jesse, who will fulfill all my desires’.” (Acts, 13:22).

Pastor of the Father's House Church of Minusinsk Maxim Mougnetsyan and pastor of Barnaul's City of Life Church Roman Selyanin ministered at the conference. Men worshipped God in unity and listened to sermons.

Pastor Roman Selyanin in his sermon “Be a Man in All Circumstances” said: “A man after God's own heart is an influential man. To get to the next stage, there are three keys: start making an effort today; do not cheat your best friend — yourself; and respect other people.”

Pastor Maxim Mugnetsyan said in his sermon, “Fathers, Husbands, Brothers” that it is necessary to constantly communicate with God in the secret place, and that a man's behavior is conditioned only by who or what he is.

Conferences for men have been held for several years and have become a tradition for the church — an opportunity to receive valuable revelations. Participants shared their impressions.

Vadim Semykin: “I am very blessed that there was a serious word for men. I believe it will strengthen men's desire to seek the Lord, to follow Him, to form themselves into the image of a man after God's own heart. This purpose came through in the sermons of the ministers. I am confident that the seeds will harvest in due time.”

Eugene Ryazanov: “Thank you! A really long-awaited event for me. A time when brothers came together in unity and the word of responsibility sounded. Men are called to be active, not to wait passively, but to fulfill the calling of life. We, men, are the channel for the fulfillment of God's task. Onward to victory!”

Nikita Tkachev: “It's very cool when brothers get together to praise God. Once again the Lord visited us. There were only two sessions, but a strong word was spoken and very practical. The Lord is wonderful, simple truths were perceived in a new way, there is a room to grow, and most importantly, in the right direction. Thanks to everyone who was involved in the preparation.”

Watch the sermons of the conference on the YouTube channel of the Light of Awakening Church: https://www.youtube.com/channel/UCtWO2mXCh_vsIfftN5xr8iQ

The press center of the Light of Awakening Church of Barnaul 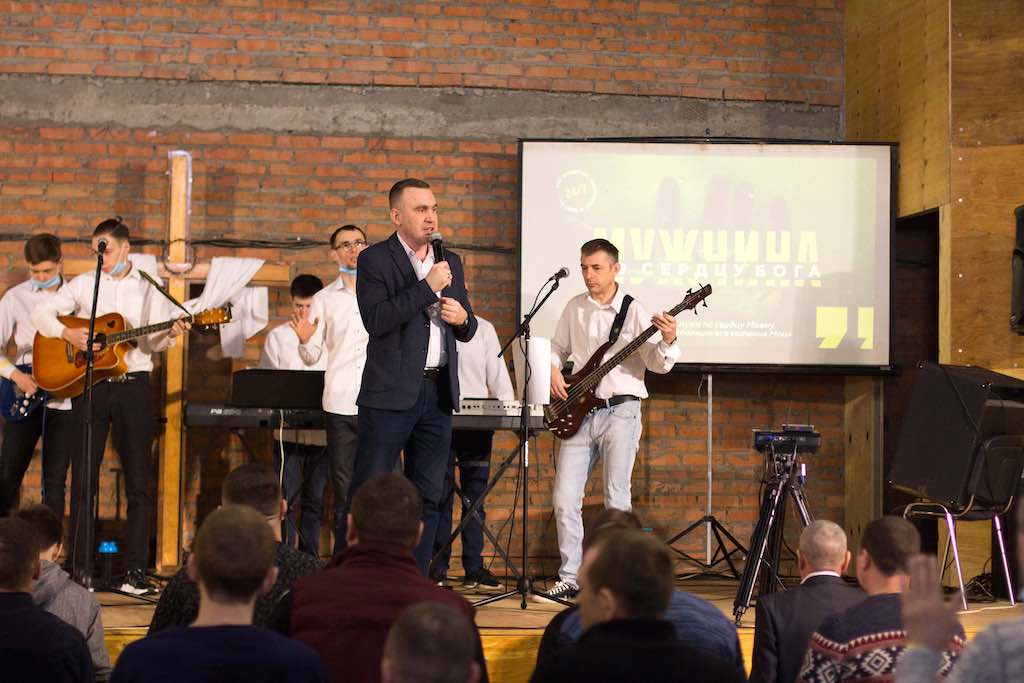 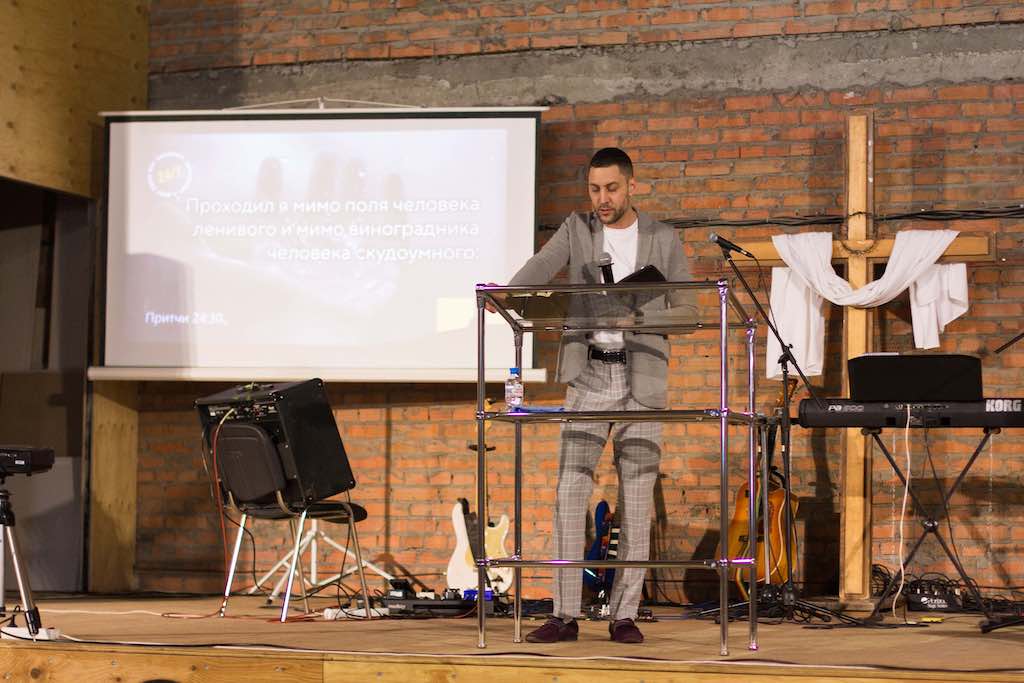 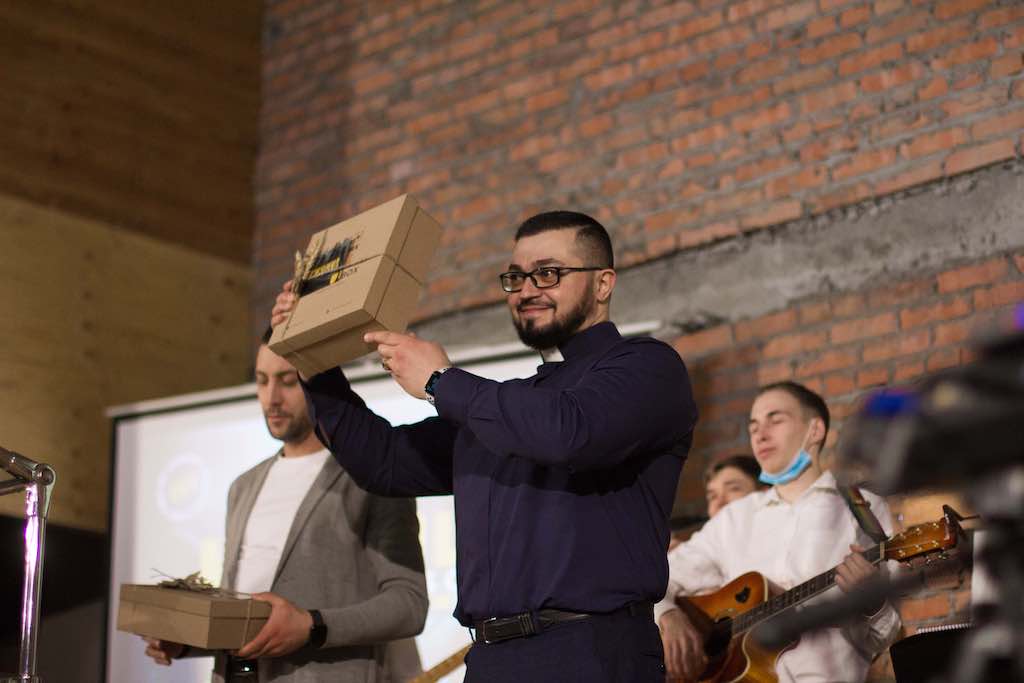