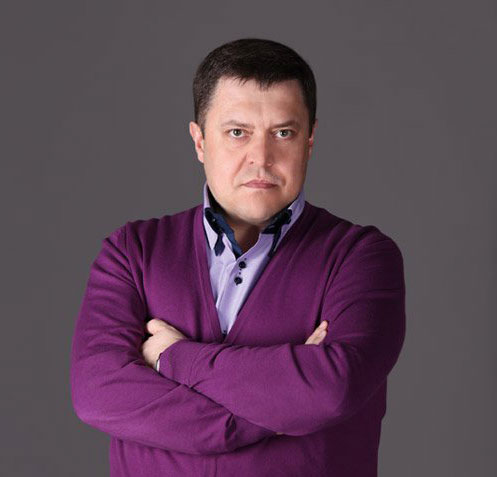 When we read in the Bible about people who have touched the heart of God, who have served the Lord and the people, we will not find a single one who would not have been committed to what he or she was doing. Each one of them sacrificed a lot and always found time for communion with God. These people followed his steps.

Peace on earth, eternity in heaven
Let's open the Bible and read Psalm 89. It reveals the mystery of God's relationship with man, and shows the value of our covenant with Him. "I have made a covenant with my chosen, I have sworn unto David my servant: Thy seed will I establish forever, and build up thy throne to all generations. If his children forsake my law, and walk not in mine ordinances; if they break my statutes, and keep not my commandments; then will I visit their transgression with the rod, and their iniquity with stripes. But my loving kindness will I not utterly take from him, nor suffer my faithfulness to fail. My covenant will I not break, nor alter the thing that is gone out of my lips. Once have I sworn by my holiness: I will not lie unto David" (Psalm 89, verses 3-4, 30-35).

David was not a perfect man, he was like us: he made mistakes. But one day he received the revelation of God’s Kingdom. There was something in him that differed him from other people – it was his deep dedication to God. David made a covenant with God and it was so strong that God swore to him by his holiness that he would not cease to spare David’s descendants. Here God says that even if they break the covenant, and they are not faithful, yet he still will remain faithful.

When a person enters into a covenant with God through water baptism, promises to serve him with a good conscience and opens himself to a new life, then he receives the promise of God for eternity in heaven, and blessings on earth. Scripture says that when people sinned, the punishment ought to follow them to fourth generation. But a covenant of God with man in the promise of blessings comes to a thousand generations.

When we see a successful person, then it seems to us that he himself achieved much, however it is a controversial issue. There may have been a man in his family, who once stood before God and made a covenant, and this blessing is now being distributed in his life.

Let’s read about this in the Bible. "Therefore thus saith Jehovah concerning the king of Assyria, He shall not come unto this city, nor shoot an arrow there, neither shall he come before it with shield, nor cast up a mound against it. By the way that he came, by the same he shall return and he shall not come unto this city, saith the Jehovah. For I will defend this city to save it, for mine own sake, and for my servant David’s sake" (2 Kings 19:32-34).
The prophet comes to King Hezekiah and proclaims God's word that an enemy will not enter his city, but not because he is such good and righteous. The prophet opens up the cause of protection of the city and all the people – for God’s own sake and the sake of David. It’s amazing because David has long been dead, for three hundred years he lies in the grave. He's gone, but God remains faithful.

We do not know what intentions our enemy, the devil, has against us and our children, but thanks to the covenant with God, we can be confident that God will protect and preserve. Thanks to David's covenant with God, God saved the life of King Hezekiah, his descendant. At night the angel of the Lord came and destroyed the Assyrian army of 185 thousand people.

To see farther than we can see
Do we understand the value of our relationship with God, the value of our covenant with him, which will affect not only our lives but our children’s, grandchildren’s and great grandchildren’s? Do we want that something would start changing in the lives of our descendants? Do we want our children who are not with us today, who are in disobedience and don’t bring us anything but pain, began to live differently. God says that He cannot do it for the sake of your children and grandchildren, but He can do it for you personally, a person who made a covenant with him.

Every year, when giving instructions to children in the church, I tell them to set high goals in life and not to be afraid to reach them. I am glad that many strive for more and reach their goals. But today I want to appeal to you, because a lot depends on you, more than on your children. Not everything can be explained to a child who is in the kindergarten or in the first grade, and unfortunately sometimes it is hard to explain to a twenty-year-old child. He tells you that you do not understand him, you say he cannot understand you. Today I want to suggest another way. Suppose it becomes unimportant: whether you understand your children or not. The main thing is that you understand that without God you will go through all kinds of frustrations in life, and with him you will find grace. Even when you are not on this earth God's mercy will be upon your descendants.

Once I listened to a distinguished man, who said: "All we can do is regret for missed opportunities". I fundamentally disagree with that statement. We are not a generation of missed or lost opportunities, each of us has a privilege from the Lord to be a blessing to others. I remember when my parents served God under Communism, they were harassed at every turn: deprived of awards, not promoted at work, were not able to live in a better flat. From the perspective of human capabilities, they were not successful at all, but wherever they were, they were happy, because not the living conditions defined their happiness, but relationship with God. Long before my birth, they made a covenant with God and asked God to bless their children. I see this as the sole reason that, long before my birth, God began to speak to different people about my future.

I remember when I arrived in the city of Perm, an elderly woman came to me and said: "Fifteen years ago we were praying with a small group of people, and one person prophesied that a man named Eduard would come to this city, he would lead God’s people, and we did not understand what man the prophet spoke about".

When I was a little boy, a woman came up to me and told me about her vision: she saw me standing before a large audience of people, and I preached the Word of God. I recently heard a story from one of our sisters, who attends our church since 1992, but never told me this story. In 1965, when she was fifteen years old, her grandmother who was a believer said a word: "There will come a time when cars will be parked near the buildings and no one will not need them..." At that time the entire city probably would count ten cars, but she said that they would be parked near buildings. Then this grandmother told her granddaughter that there would be large stores, and they would sell everything, but it would be hard to buy, one would walk and stare in them like in a museum. And further she said: "A man named Eduard would come, who would lead the church and serve in this city". The girl closed her eyes and saw a young man, and years later, when she came to the church in 1992, she was surprised to see me. I was then 22 years old. I cannot give an explanation to all this, but in 1965 I have not yet been born. But I see this as God's plan. He sees farther than we can see.

God will not take away His mercy
Would you like to make a covenant with God so that he would bless even those in your family who are not born yet? Would you like God to bless something that is so deep in your heart that you have not even thought about? It can happen if you establish relationship between you and God. Are you willing to entrust your future into God’s hands to take care of you? Open your heart to God today. Make God a priority in your life. Expect more from him than from anyone else.

God in His Word says that if the descendants of a person, who has entered into a covenant with him, depart from him, he will not turn a blind eye to their sin, but "I will visit their transgression with the rod, and their iniquity with stripes". (Psalm 89:32). As the father, he will warn his children. But he will not take away his mercy. Only because of the covenant with you, God will find a way to reason with your child, but will not take away his grace from him.

The world lives by the principles of the court: if you are guilty you will be punished, but God acts by principles of mercy: you are guilty, but I will have mercy on you. Many people ask me how I manage to raise my four children. I'm not that smart to bring them up properly, not so capable to give them a lot, but there are people in my life, for their sake God has mercy on my children and me. I know that my parents are people who have entered into a covenant with him. That's the difference when children are born into a family of believers or non-believers. When the enemy’s army rises against you, God will fight for you, and where there is no covenant relationship, man himself will have to fight for himself and his children, and it is not known yet who will prevail.

There is strength in our trust in the Lord; there is strength in our infirmities, and weaknesses. Hold on to the Lord, will he not have mercy on you and your children when he pardoned descendants of David three hundred years after his death? If God remains faithful to his covenant, even when a person dies, so will he not bless you while you live? If we understand this principle and help our child to come to where God had planned for him, then years later, he will say that he is blessed. "I will sing of the loving kindness of Jehovah forever, with my mouth will I make known thy faithfulness to all generations" (Psalm 89:1).