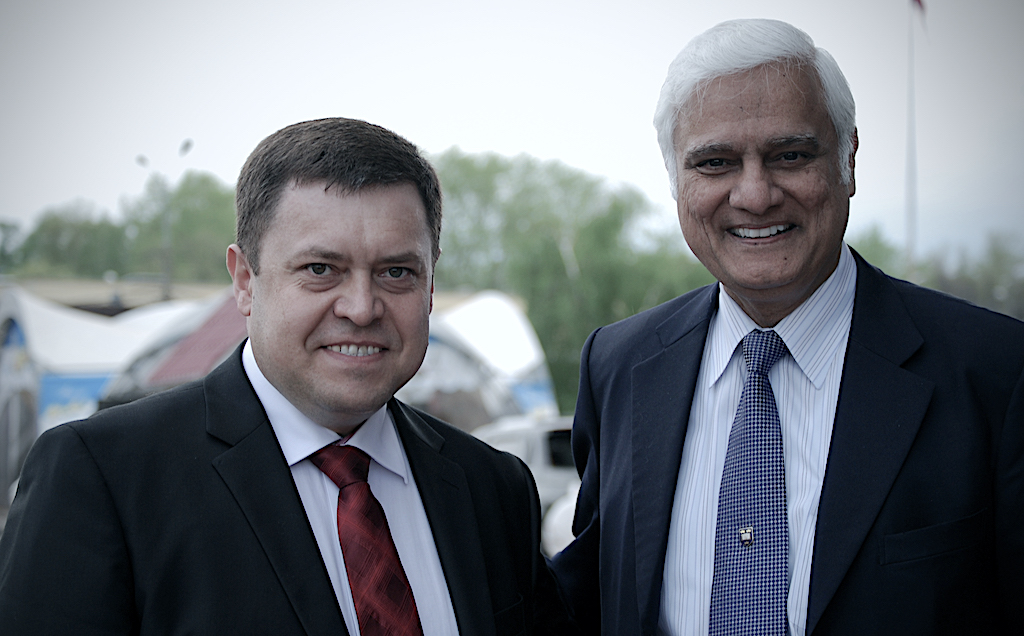 On behalf of the believers of the Russian Church of Evangelical Christians of Pentecostal faith, members of the Council and Board, Head Bishop Edward Grabovenko expressed his deep condolences to the minister's family and his co-workers around the world.

“Today we learned that our friend and brother Ravi Zacharias went to the Lord after a serious illness. We express our words of support to Ravi’s family and his co-workers. We pray that the Lord will strengthen and comfort them.

We have a long history of friendship with this mighty man of God. Since 2011, Ravi Zacharias has come to Moscow four times and preached at the National Conferences, where pastors and leaders from all over the country gathered.

Ravi is one of the most blessed people of our generation, who preached the message of the Kingdom of God to politicians, scientists and public figures. He met with leaders from many countries, including those where the gospel is forbidden. He knew that, at the highest level, people needed a Savior. He communicated the truths of Jesus Christ in a simple and accessible manner.

Ravi's preaching touched many hearts and left no one indifferent. For me personally and for the entire Russian Church of Christians of Evangelical Faith it was a great blessing to be with Ravi, to learn from him, to enjoy the way he conveyed the message that he received by God's revelation and which he shared with millions of people.

We pray for Brother Ravi's family, for all the people who worked with him, for the schools of apologists he founded. We believe that God raises up anointed ministers around the world; the influence and fruits of Ravi Zacharias' ministry will return in eternity.

Thank you, Ravi, for a worthy example of faith, faithfulness and dedication to the Lord.

With respect and prayers,

Board and Council Members