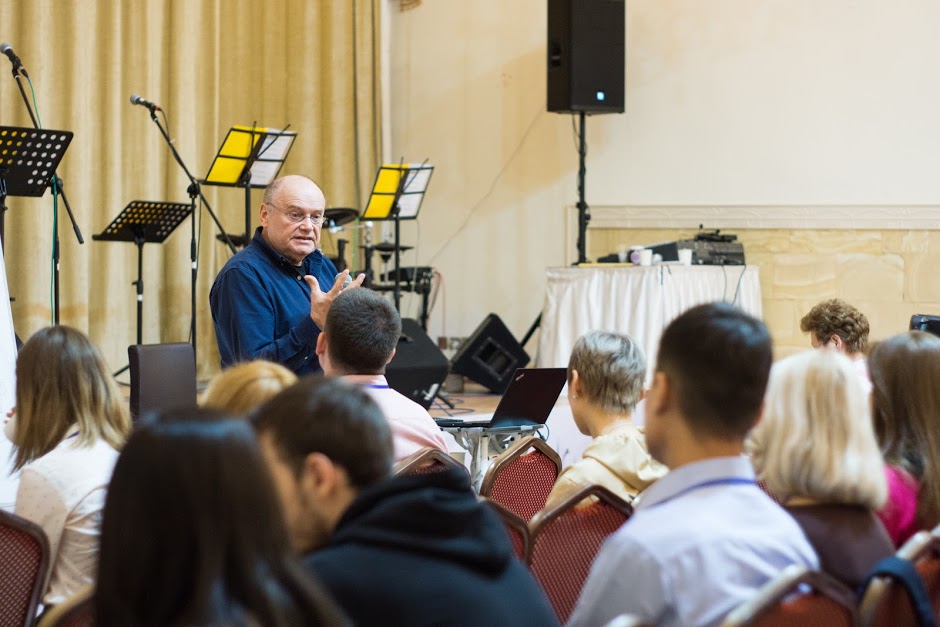 At the request of the organizers, the head of the family ministry of the Russian Church of Christians of Evangelical Faith, Bishop Vladimir Khvalov (Rostov-on-Don) touched the topic of sexual relations in marriage. He spoke about the connection between the spiritual and physical components of marriage, the importance of respect and esteem between husband and wife. Ministers Vladimir and Olga Khvalov prayed for married couples.

“At this conference, we had many amazing experiences. The Lord healed emotions, restored relationships of couples, who lost the holy passion. We prayed for men and women, for their healing from male and female diseases, for infertility.

The church prepared for this conference very well. We saw not only good practical organization, but also people's readiness for change, their prayer mood, openness to the work of the Holy Spirit. All this has given a great result in the lives of many families”, said Bishop Vladimir Khvalov.

Some couples participated in previous family conferences held by the bishop. They spoke about the good changes that have taken place in their lives since then. For some it was an improved atmosphere in the family, some were healed, and some were able to give birth contrary to doctors' predictions. The spouses who attended the conference for the first time also noted that in those few days they had begun to understand each other better and that their relationship had moved to another level.

More information about the family ministry of the Russian Church of Christians of Evangelical Faith at www.vzavete.ru