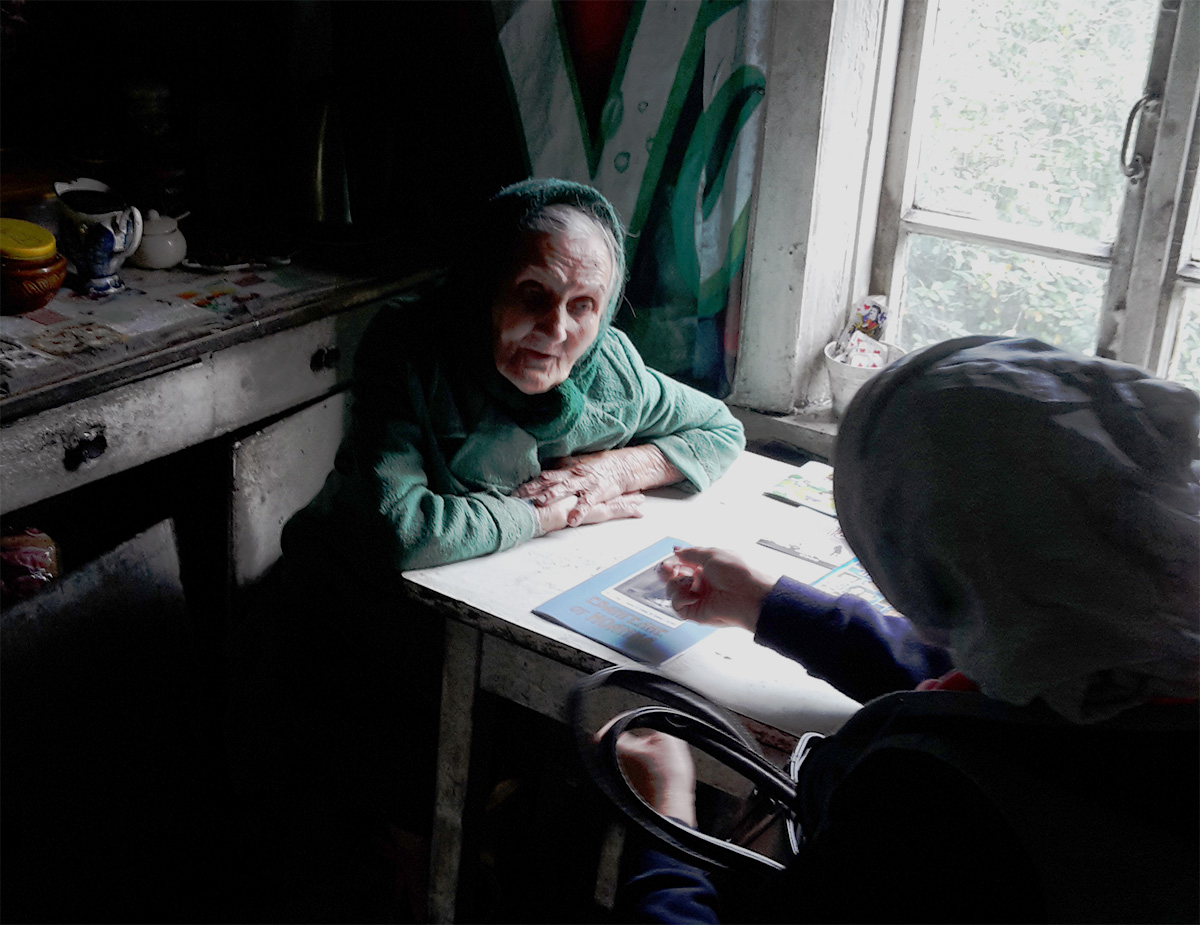 NOVOKUZNETSK (RUSSIA) – It’s a distant district of Novokuznetsk, the buses don’t go there, houses are run-down, desolation all around. Evangelists came here in winter, preached the Gospel to its residents. There they met a 94-year-old grandma Pana and realized how hard her life was. Huge drifts of snow almost cover her house. To get some water she has to walk far by a slippery slope. After this first meeting team members began to visit her with cans of water and food, trying to serve her with what they could. She would meet them with an open heart and always prayed with them. In August they met again.

Evgeny Gololobov, one of the ministers, shares: “I decided to ask grandma Pana about her almost century-long life. The first thing she told me was that life passed so fast. I immediately remembered a Bible verse which says that the time is short.

Grandma Pana was born near Novosibirsk, in the village of Bulatovo, in 1923. There were five girls and two boys in the family. There was a small church in the village and their mother would take them there. At home they always prayed together. What a blessing it was to meet God while she was still young, and what huge responsibility for parents it is to introduce kids to Christ, to teach them, to instruct them. “Train up a child in a way he should go” – says the Bible. And then times of repressions came, but God always lived in Pana’s heart. And here we are, in 2017, listening to grandma’s testimony about why she carried her faith through her whole life, never seized praying and asking God for help.

We had a chance to take a picture with grandma Pana, and prayed together. In her prayer she thanked God for His mercy, and her main words were: “The Word of God” and “serving God”.