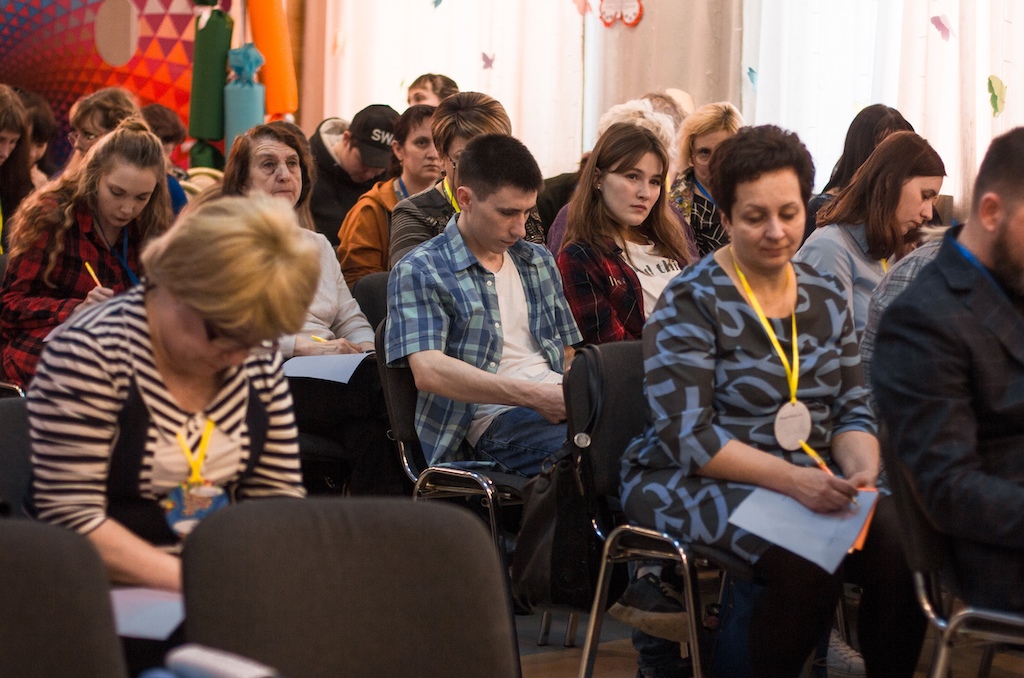 BARNAUL – On April, 23 and 24, Light of Awakening Church of Barnaul hosted a regional conference of ministers to children and teenagers.

The main theme of the conference was chosen from the book of Daniel, 11:32, “People who honor their God will be strengthened and will work”. The main focus was outreach to children and teenagers.

This is the 11th regional conference of the Light of Awakening Church. It gathered more than 70 participants from cities of Altai region — Barnaul, Biysk, Belokurikha, Kamen-na-Obi, Troitsk, Pavlovsk, Novoaltaisk, Sannikovo — and from churches of Kemerovo region.

Two speakers preached their messages — Galina Inkina, pastor of the Light of Awakening Church, and Tatyana Chernyavskaya, coordinator of children's ministry of the West Siberian Association.

They talked about the ways to evangelize children and teenagers, the importance of values, stages of formation of young people and the example of parents for their children.

The two days of the conference were filled not only with theory but also with practice. On the first day there was a “prayer trail”: participants walked through thematic stations and prayed in teams.

On Saturday, there was a terrific interactive with the ministers. Participants discussed questions of evangelizing children and teenagers: Who? Who? When? How?

In teams the participants exchanged ideas and experiences, received revelations and discovered new ways of sharing the Gospel with children and teenagers.

The church thanked the team of organizers, the guest of the conference Tatyana Chernyavskaya and all the participants.

Press Center of the Light of Awakening Church, Barnaul