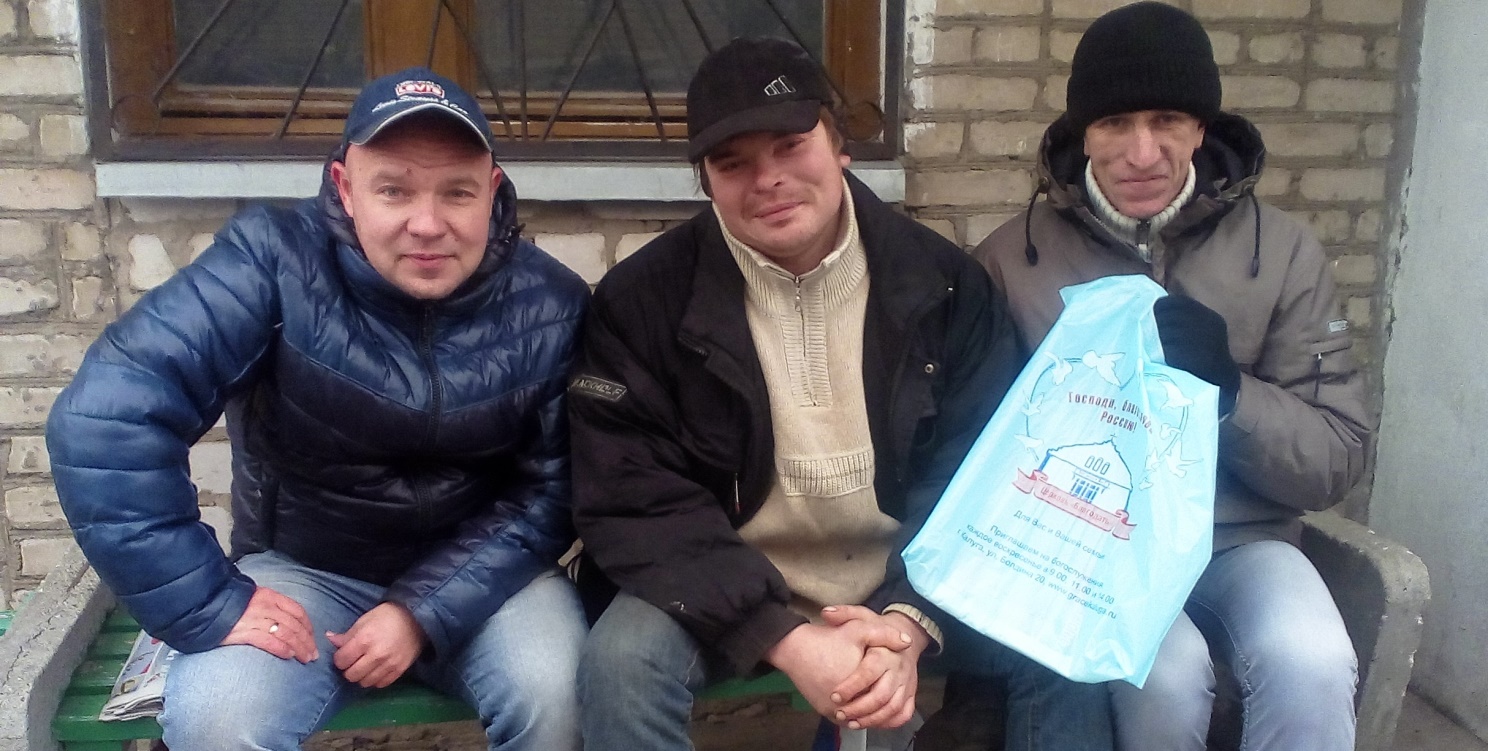 KALUGA (RUSSIA) – We met Alexander two years ago in the town of Suvorov where we gave out homeless people hot meals. The first few times he came drunk, listened to our stories at the improvised services inattentively, chuckling. But he always was very accurate to repeat the words of the Lord’s prayer.

Now Alexander is 30, and the last 6 years of them he has been living in the street after his father’s death. During the two years Alexander realized that the Christians wish the best for him, but he didn’t want to hear a single word about a rehabilitation program, “I won’t make it, it won’t work for me”.

But recently he heard a testimony that touched his heart. One brother from the One Year for Jesus team (his name was also Alexander, he is on the right on the picture), who was homeless before, shared about changes in his life because of his faith in Jesus. After that Alexander said he wants to put an end to the life of a homeless man.

Let us keep him in prayer and believe that God will finish what He has started and the homeless man will find salvation and home!

Team of the Grace Church, Kaluga