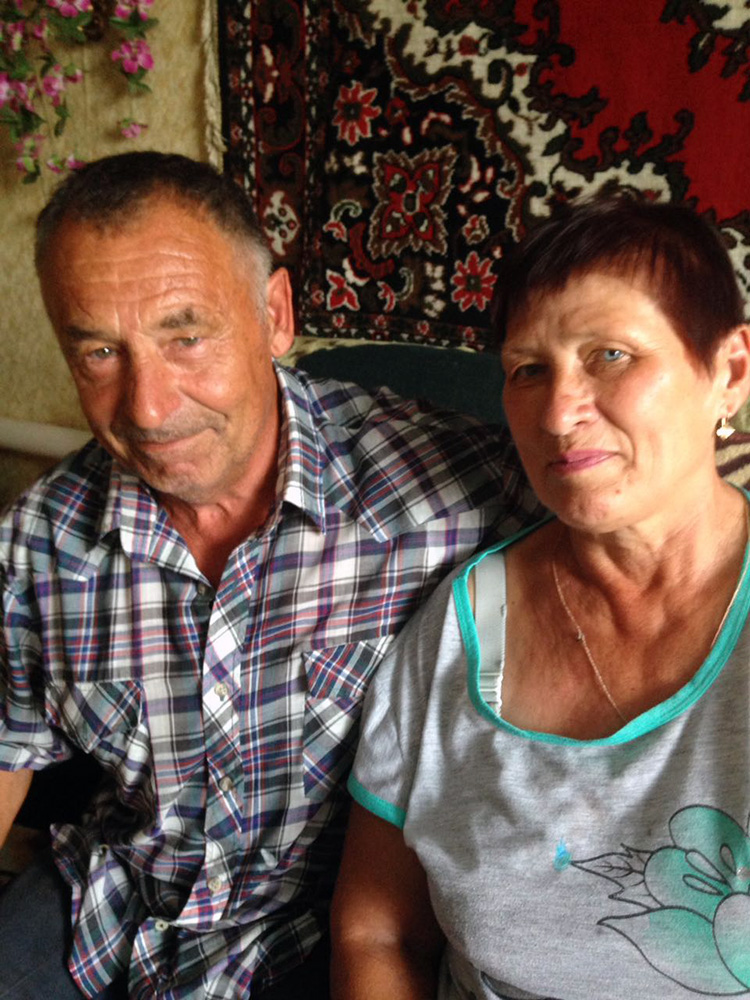 BARNAUL )RUSSIA) – In one of the towns in Altai region we have been teaching, talking and sharing, being led by the Holy Spirit, we were praying and fasting. We can see the changes. To one of the homes that used to be a nasty place, God’s order came. Here’s the story.

Mother Evgeniya, is disabled from childhood, receives two welfares from the government for herself and her son Maxim of 12 years old. Her sister Irina was taking almost all their money and would buy alcohol to then drink it at their house with her friends. Up to 10 people would come to the house every day. Because of that the boy is mentally disturbed and he needs private tuition. Another man, Dennis, 30 years old, an alcoholic too, his mother and step-father also lived at the same house.

We preached to them, many of them repented. Now Dennis is in a rehab center. His mother has repented and thanks God for answering her prayers and for her son having a desire to change his life. His step-father is still contemplating. Every time we come back we see the changes. They’re expecting us, it is clean in the house, they’re all sober.

Evgeniya took her credit cards back from her sister. Maxim is allowed to come to class for the lessons. We brought him clothes, footwear, school supplies, he was happy and his mother too. Irina, who used to live off her sister’s welfare, is looking for a full-time job and is now working part-time nursing some old lady.

We kept praying for Maxim that God would give him a chance to go to some health centre or a boarding school, because he still needs some special care. And God answered: now Maxim is at a boarding-school for three months and he really likes it there. His mother Evgeniya repented and gladly communicates with other Christians.

There’s a place at the town where new converts come for fellowship, prayer and Bible studies. Sergei and Galina’s family opened their home for the meetings. Sergei began to tell people he knew who drink alcohol, about God and that there’s a way out, his desire is to help them and introduce them to Christ. God answers our and their prayers.

Tatiana Ivanovna, one of the new converts has a son, Yura, he is confined to bed for four years, one side of his body is paralyzed. His wife Svetlana nurses him. It was God’s will that we went to see them. Svetlana welcomed us warmly. Yuri at first was very upset and said he didn’t believe in God. That didn’t stop us. We began to share about Jesus and a gift of salvation. The whole family repented and they invited us to come back.

Changes come to other homes too.

Team of the Light of Revival Church, Barnaul