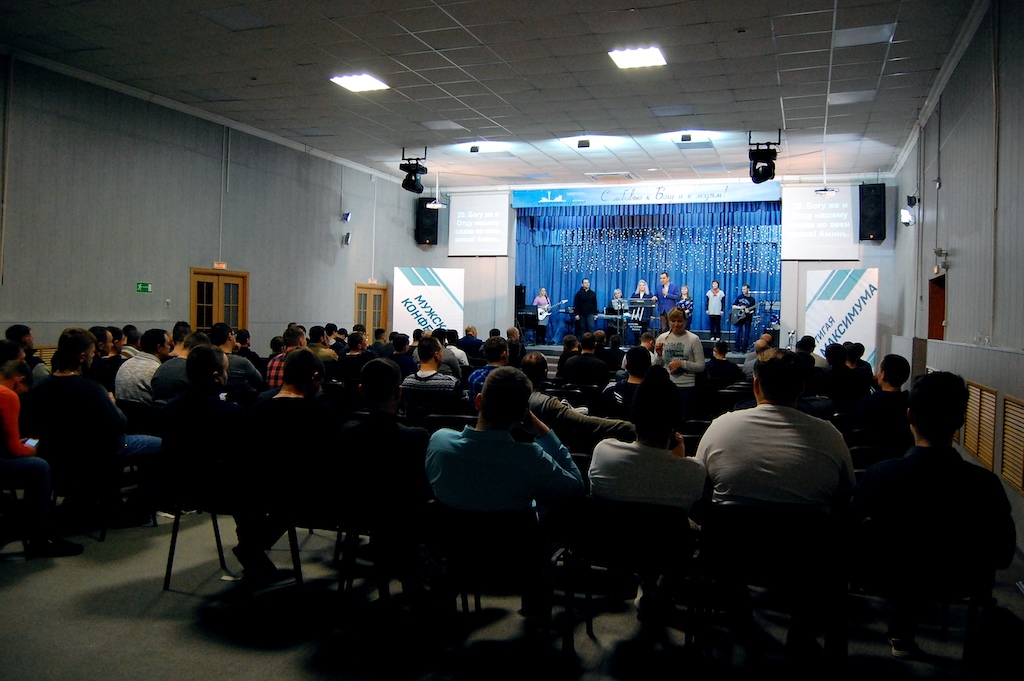 SYKTYVKAR – On February 22 and 23, more than 100 men came to “Reaching the maximum” Men’s Conference to the northern city of Syktyvkar from 10 cities – Vorkuta, Pechora, Emva, Usinsk, Sosnogorsk, Baku, Vladimir, Vuktyl, Koigorodka and Ukhta.

Speakers of the conference were bishops of the Russian Church of Christians of Evangelical Faith Pavel Kudrov and Vyacheslav Gerasimov and evangelist Sergei Gavrilov. Five services of messages that the men believing in the live, loving and righteous God need to hear so much.

Bishop Pavel Kudrov shared that not all believers realize how much we need God. People conquer peaks expecting that their problems will be solved, but that’s a deceitful comprehension of life. The first thing we need to do in order to have a happy successful life is to look for the support of the One, Who gave us our life.

Pastor of the New Testament Church of Kudymkar bishop Vyacheslav Gerasimov spoke on a complicated subject – true and false love. Examples from the Bible explicitly show that even men, who God chose to serve Him, can make mistakes concerning the matter. Samson and David – God gave them much power and strength – but because of “tiny” compromises with their sinful nature the consequences of their decisions were tragic. Samson died, and David lost his newborn son of a woman, who he had an affair with, and until his death David had to deal with the fruit of his momentary whim.

Evangelist Sergei Gavrilov told men about their true purpose according to the Bible. The minister emphasized a family. “Marriage is not about finding the right person, it’s about being the right person”. A man should always be a man at home as well, love his wife, children, be a priest for his family. The evangelist gave some advices about faith and the everyday life of a believer.
Men sang songs of praise and worship, had fellowship, prayed for each other, participated in contests and made decisions to reach the maximum with God.
We believe the conference helped each of the men to think about if he did all he could to reach the maximum.

The men conference is titled “Reaching the maximum” for the second time. On previous years it had different titles. The organizers of the conference decided to keep the title, realizing that every man is called to reach the maximum, to keep moving forward and follow God to the “finish” point. 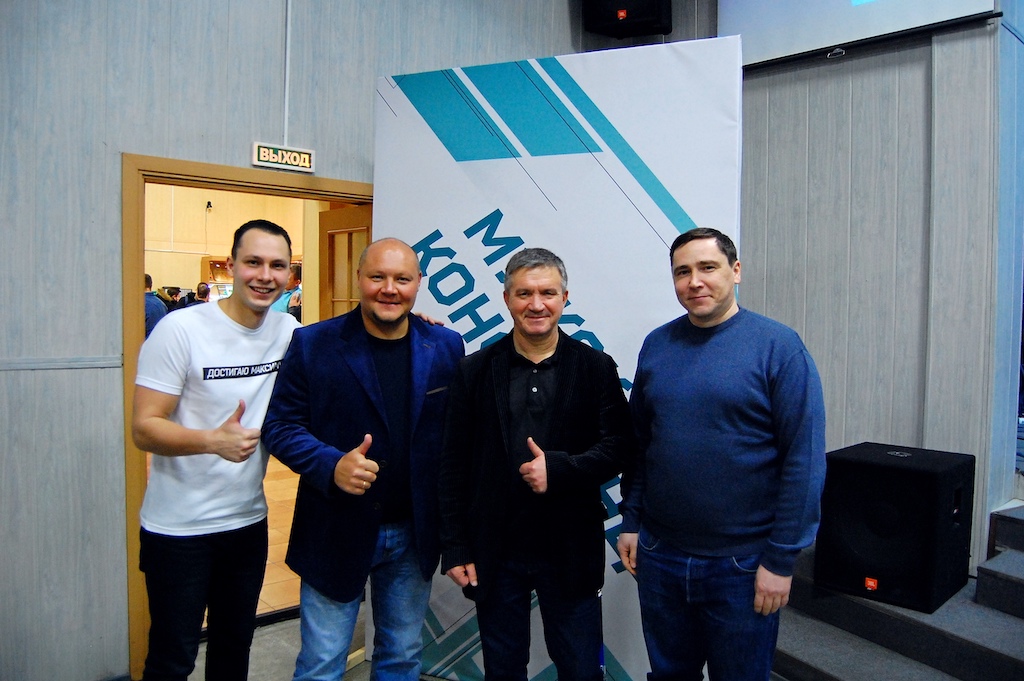