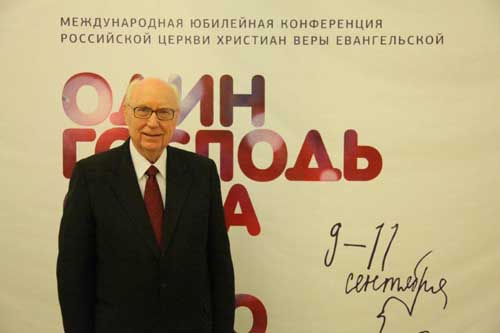 Dr. George O. Wood, General Superintendent of the Assemblies of God, was one of the speakers at the Conference in Perm, Russia, in September. During his visit he took some time to patiently answer questions of ‘Primiritel’ (‘Peacemeker’) Magazine. (The Russian Church of Christians of Evangelical Faith is publishing this magazine.)

The editor-in-chief Andrey Derbenev wondered about global things, Dr. Wood gave simple answers. Andrey thought that it’s hard for him to be General Superintendent of the Assemblies of God, but Dr. Wood said that to serve the Lord is a wonderful privilege. Well, it’s up to our readers to evaluate the conversation.

What is the Assemblies of God’s strategy for the nearest future? What are your plans for the next few years?

The strategy for the next few years was announced in our World Assemblies of God congress in Chennai, India, this last February. This kind of congress takes place every three years. The Executive Council, of which Edward Grabovenko is now a member, set a goal for 2020 of having one hundred million believers and five hundred thousand churches. And that is very realistic.

In the last seventeen years we’ve seen growth from twenty five million to over sixty four million. So, we believe that the next few years will be an increased harvest in our Assemblies of God national churches around the world.

Does the Assemblies of God set their goals based on some social trends, or global trends like secularization for example? Do you take into consideration geopolitical changes like the invasion of the East into European countries?

We believe that the church can continue to grow whatever the world situation, whatever the geopolitical climate might be. And one of the leading influences on setting the goals was the church in India, which already has 8,000 churches, and is planning on having 25,000 churches by 2020. They are a church of great prayer. We have great national prayer movement that’s all around the world. Our goals seem very realistic but it also involves a lot of faith and a lot of work.

Does it mean that social changes or natural disasters do not lead people closer to the Lord? Are there other factors that help people come to Christ?

A great deal, too, with the growth of the church has to do with leadership. And the church in Perm is a great example of that. If you look at what God has done in the last twenty years, that would not have happened if pastor Edward Grabovenko not heard the Lord telling him, ‘Are you willing to go where no one else is willing to go?’ People in Perm may have been hungry to know God but they would not know God unless someone came to them and told them the Good News of Jesus Christ. And Jesus in fact identified the problem whenHe said that ‘the harvest is plentiful but the laborers are few’. Jesus knew that the problem was not in the fertile fields; it was in getting enough workers into cities, villages and towns, so that those who wanted to respond to God would have the opportunity. The problem is not lack of harvest; it’s lack of workers. And I’m encouraged when I see the tremendous response, even here in the church of Russia, of young people who are willing to step forward and give their lives to Christ in ministry.

What does the global mission of the Assemblies of God entail? How is it going to be fulfilled?

The world Assemblies of God fellowship is made of national churches. There is no central administrative center. I serve as chairman but I have no organizational control over any national church except my own. So, what we do is simply encourage one another, we support one another, we network together, we pray together and we try to work cooperatively to reach this world for Jesus. And so it’s really up to each national church to set its own goals, set its own priorities and to work for the harvest in their country.

While I was here, at the Conference, I’ve made some observations I want to take back to the American church about what we can learn from the Russian church. For example, your church knows something about suffering. And though today there is greater liberty to preach the Gospel; you have the pioneers still living who knew what it was like to suffer. And there are national churches all over the world that are presently experiencing what the Russian pioneers used to experience. I think the example of the Russian church can be a great encouragement to the suffering and persecuted church. Because it tells us that God is with us in trouble times. He’s laying the foundation for the future.

This is also the first time that the Russian church of Christians of Evangelical Faith has been represented on the World Assemblies of God Fellowship Executive Council. Because of the persecution in the past and the political situation the Russian Church was isolated. But that isolation is ended. I believe God is going to open a wide door for two-way communication. Countries like America and Canada can come and be a benefit to the Russian church. And I believe that Russian church is going to be effective in terms of sharing their faith, their story with the rest of the body of Christ. I was talking with brother Edward today about the importance of missions. Russian Christians can go places where Americans, Canadians and Europeans cannot go. I pray that a great missionary movement will rise out of the Russian church. And this is already happening as you’ve sent missionaries to various areas of the world.

In your life, what really inspires you, what motivates you to do this hard work?

When I was a child of ten, the Lord called me in the ministry, and I always wanted to be available to the Lord. When I was elected a General Superintendent in the USA four years ago, that afternoon I was sitting on the platform looking out to the audience. There were about four thousand delegates there. And I was saying to myself, ‘Who is adequate for this?’ And I felt the Lord said to me, ‘My yoke is easy, and My burden is light. You’ve enjoyed everything else in ministry, enjoy this, too’. And I have. That’s not to say that there haven’t been moments of concern, moments of stress, moments when you have to do with difficult issues and sometimes – difficult personalities. But the work of the Lord should be enjoyed, and it should not be a burden, I do not want to be a burdened leader. I believe the Lord has called us to live a life of joy. So, this is a wonderful privilege to serve the Lord. 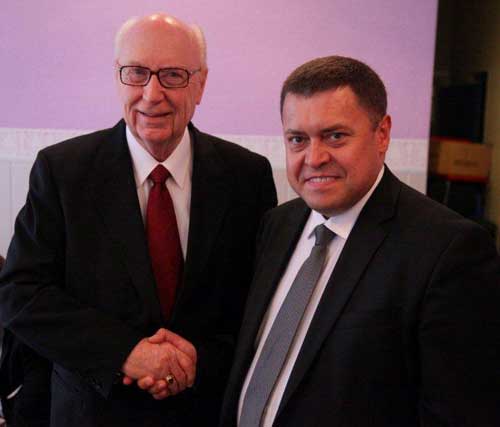 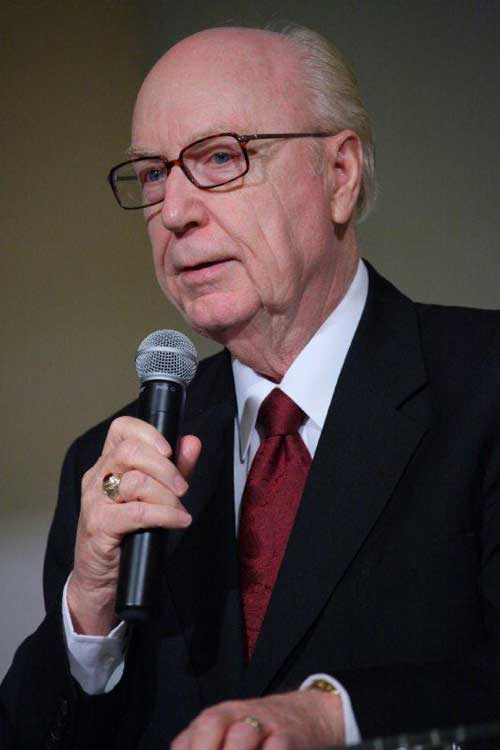