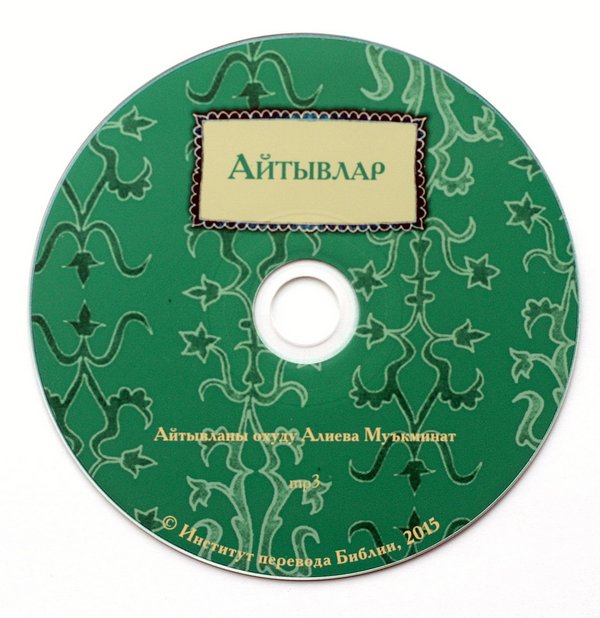 Institute for Bible Translation (IBT) has released an audio recording of the book of Proverbs in the Kumyk language. The Kumyks are the largest Turkic people in the northern Caucasus region of Russia, with approximately 432,000 living in Dagestan and another 70,000 or so in other parts of Russia.

IBT's Kumyk translation of the book of Proverbs was published in 2009. The audio version of the book was recorded in Makhachkala, the capital city of Dagestan, where the Kumyk translation team resides. The artistic design of the new CD's label matches the colors of the original book cover. It is our sincere hope that this audio version will attract many listeners and will help bring the wisdom of ancient Israel to the Kumyk people in a new way.