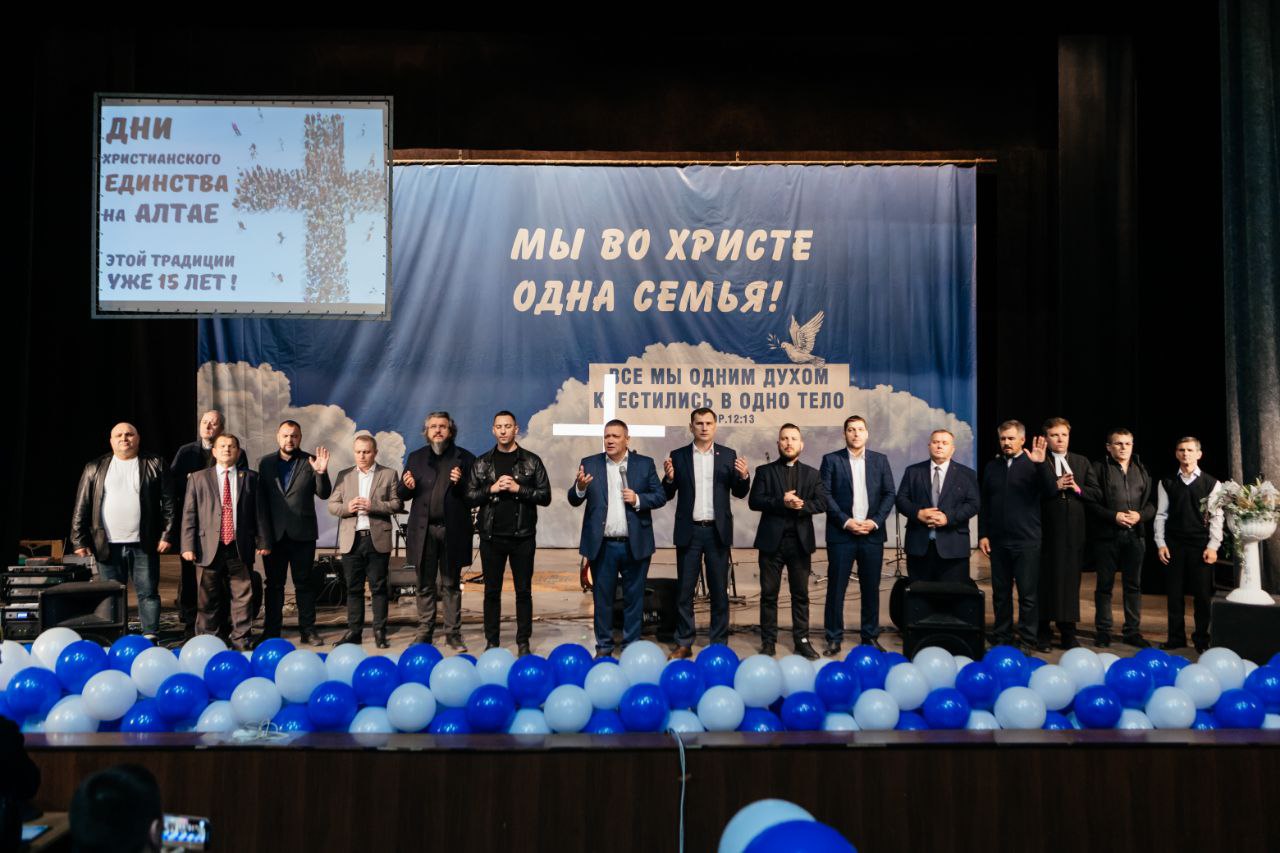 BARNAUL - Altai has two brands: honey and Days of Christian Unity. The Altai honey has long been known, but not everyone knows about the friendship of the Altai churches, though the news about it is spreading more and more widely. The tradition of joint services was started in 2007, when churches of different Christian denominations gathered in Barnaul's Baptist house of worship.

This year, during the celebration of the national unity, about 640 Christians of Barnaul filled the big hall of the famous Motorostroitel Convention Center. Representatives of five Christian denominations: Pentecostals, Baptists, Adventists, Catholics and Lutherans sang and preached. It is not often you see such a denominational palette at one service!

A good tradition of unity days is the collection of donations for charitable projects. Usually the recipients of the donations are the children's medical institutions of the city. And so it was this time. Christians joined together to raise over a hundred thousand rubles (equals $16,000) for the Early Intervention Center for developmentally disabled children. Christians of Barnaul show their love for their hometown through these actions. This corresponds with the call of the Apostle John “to love not only in word, but also in deed” (1 John, 3:18).

Following the example of the Altai capital, churches in Biysk, the second largest city in Altai, began offering joint worship services five years ago. It is possible that other cities of the region will pick up the baton.

The 15th anniversary of the Christian Unity Days in Barnaul again demonstrated the truth that unity does not require uniformity. By being ourselves and accepting others as they are, we can still speak of unity, since we have common ground in fundamental biblical doctrines. As one of the early church fathers put it, “In the essentials, unity; in the secondary, freedom; and in everything, love”. There is probably nothing better to say!