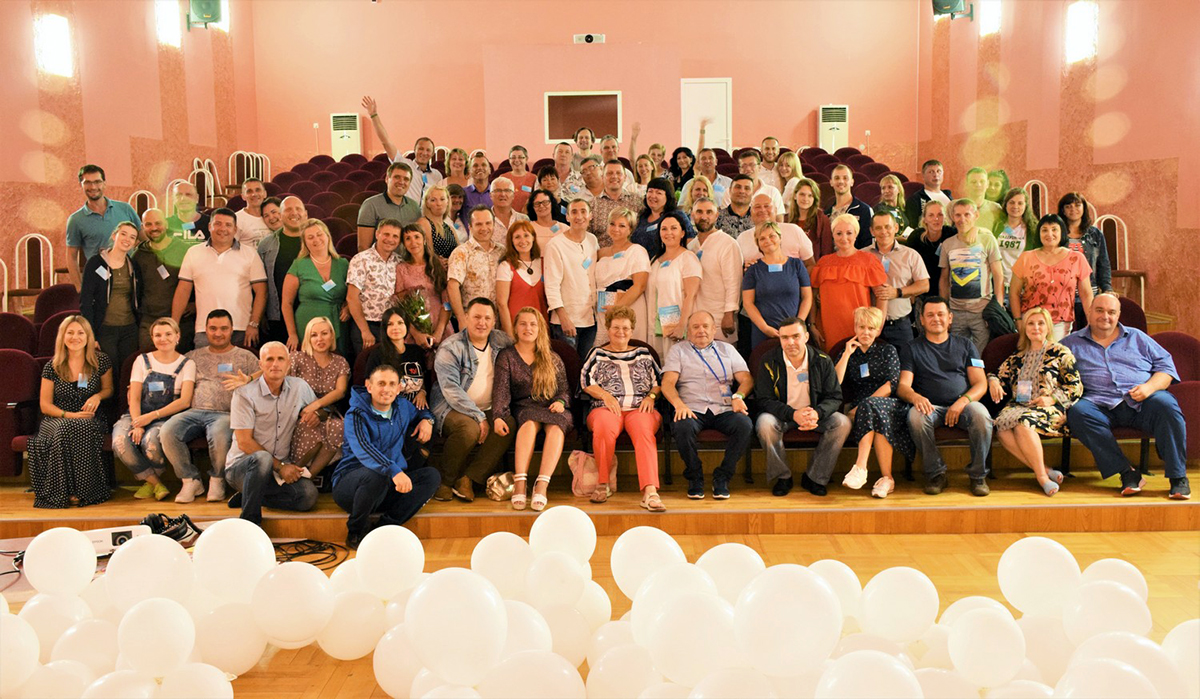 The organizers of the conference traditionally were ministers of the Rostov Christ the Savior church supported by the Russian Church of Christians of Evangelical Faith.

The conference was prayed over

The speaker of the conference, bishop, Head of Family ministry department of the Russian Church of Christians of Evangelical Faith Vladimir Khvalov spoke about Biblical foundation of Christian marriage, shared personal experience as a minister who consulted hundreds of married couples.

In the process of preparing for the conference the bishop received important spiritual revelations during prayer time about the mutual respect between the spouses, the correlation of spiritual life and family well-being, the role of the church in building up strong marriages. Besides, he covered the topics of building communication between the spouses, sexual relationships, raising children and many more.

The participants of the conference, who came for the second time, noted that this conference was an absolutely new one. Many shared testimonies how their marital relationships shifted to a new level after previous conferences, and that motivated them to come to Anapa again.

Among those who came for the first time many noted that they received answers to their internal questions. Some came with skeptical attitude, but received a spiritual break-through. Some testified about deep internal emotions that God allowed to experience during the conference. Some spouses, who had deep mental wounds, were able to forgive each other and received hope to family happiness.

“Till death do us apart”

Eight married couples who came to Christ and had been married before, not in church, made a marital covenant in sacramental scenery. With eyewitnesses present they gave each other promises of love and fidelity in any circumstances until the last day of their earthly life. The bishop prayed for them and laid hands, shared a prophetic word for some of the families.

The relationships were healed not only at the sessions but during the free time. Clear warm sea, nice weather, dolphins coming right to the shore – all that promoted spiritual, mental and physical restoration. Whatever is required for comfortable family rest was at the hotel: a café with buffet lunches, pools, a waterpark, a children club.

Prayers and art assisted the changes

Between morning and evening sessions bishop Khvalov and his wife Olga consulted everyone interested, prayed for them. At the conference the speaker paid much attention to prayer and worshiping God. Since the first day of the conference there were prayers of repentance, forgiving sins, deep restoration, healing from diseases. An interdenominational worship team inspired the participants with songs and music. Besides anybody who wanted to could come to participate in the morning prayer.

There was a separate prayer for blessing the kids and the couples who want to but cannot conceive. To every woman, desiring to become a mother, a media minister Alyona Semenova presented her book “A little miracle” with poems of love to the future child.

The media team prepared one more creative surprise to the participants of the conference – they were the first to see a video with a philosophic content to Alyona Semenova’s poem “To live”. The material for the video was shot during the previous year conference “Territory of the covenant”.

“The conference was very sincere”

The organizers and many participants of the event mentioned that the conference was not large, comparing to the previous, but very warm, sincere and deep. The people were opened for God’s guidance and changes, and so the fruit are about to come in their lives.