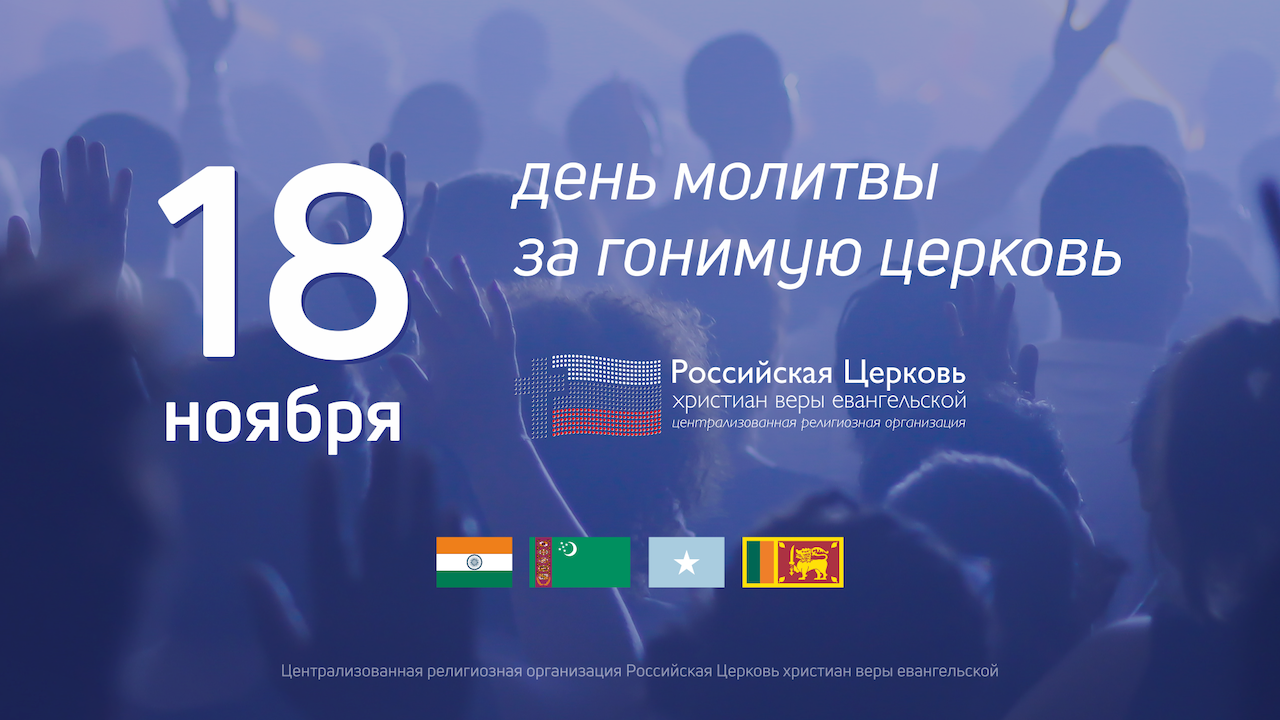 On Sunday November 18th, churches of the Pentecostal Union of Russia (the Russian Church of Christians of Evangelical Faith) join in the day of prayer for the suffering church.

Head Bishop Eduard Grabovenko addressed churches in Russia and encouraged them to use this date for a special time of prayer. Pastors can highlight the subject during regularly scheduled prayer meetings, call for special prayer meetings or use time in Sunday services to focus on this need. It is a good opportunity to encourage Christians not to forget their suffering brothers and sisters.

This year’s focus is on the following countries:

Although the number of Christians is raising, there are violations and wrong accusations on Pastors and church members (mainly from extreme Hinduists). During the first nine months of this year, dozens of incidents were reported in which Christians were discriminated and churches attacked. 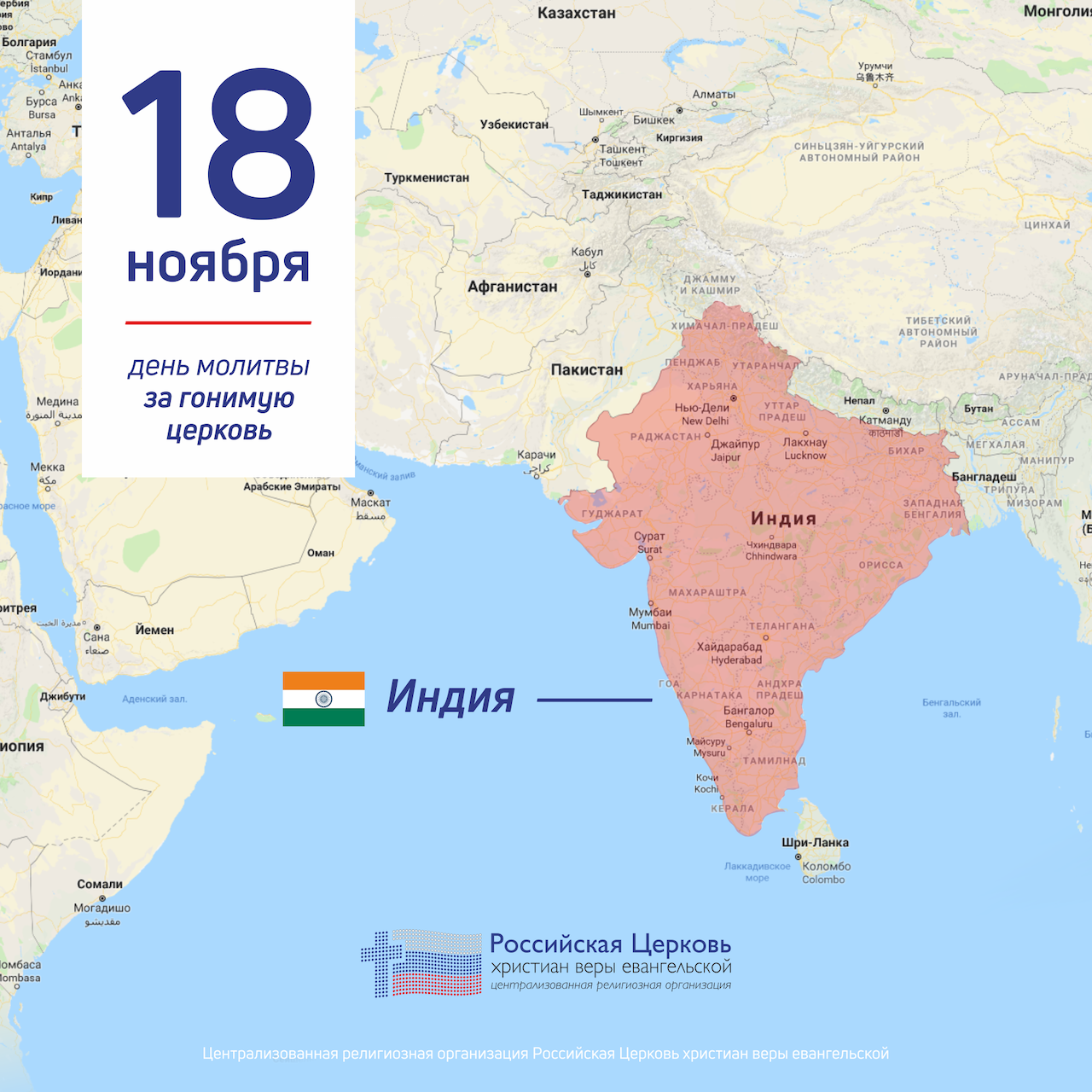 Although its constitution guarantees religious liberty, Turkmenistan is second among the most repressive states in Central Asia for religious people. Religious activities, including weddings or Christmas Celebrations have to be registered, otherwise they are reckoned illegal. Private religious instruction is forbidden by law and police and intelligence service observe churches, mosques and religious communities. Raids and mass arrests take place especially under evangelical churches, even when they are officially registered. 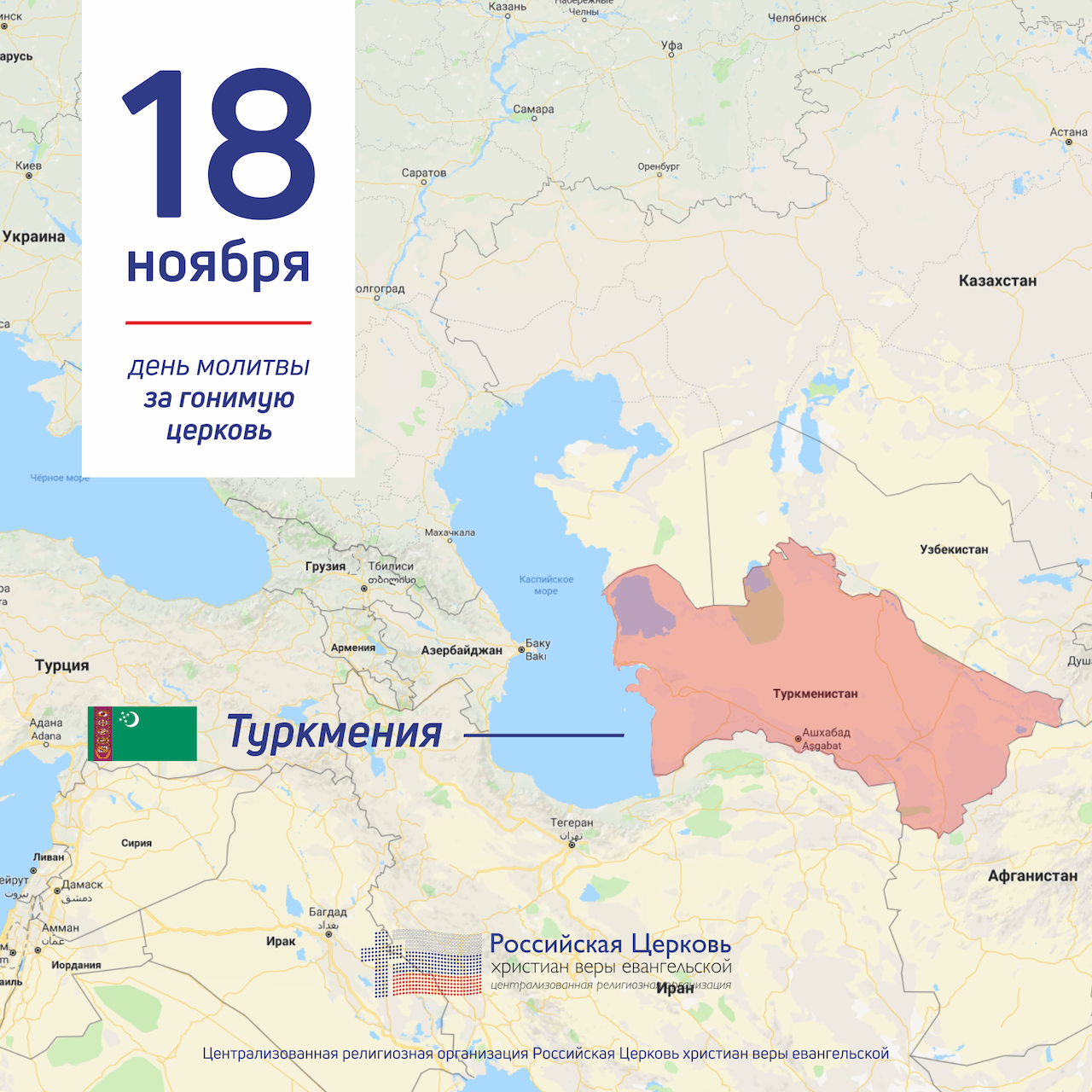 Before the civil war there was a good number of Christians in Somalia. In the years 2006-2014 the Christian community was nearly erased and practically all the church buildings destroyed. Since then, through Christian TV activities, many Somali found Christ. In December of last year, however, the pressure on them increased by the religious leaders of the Muslim majority who issued a Fatwa which could lead to a new and fierce persecution. 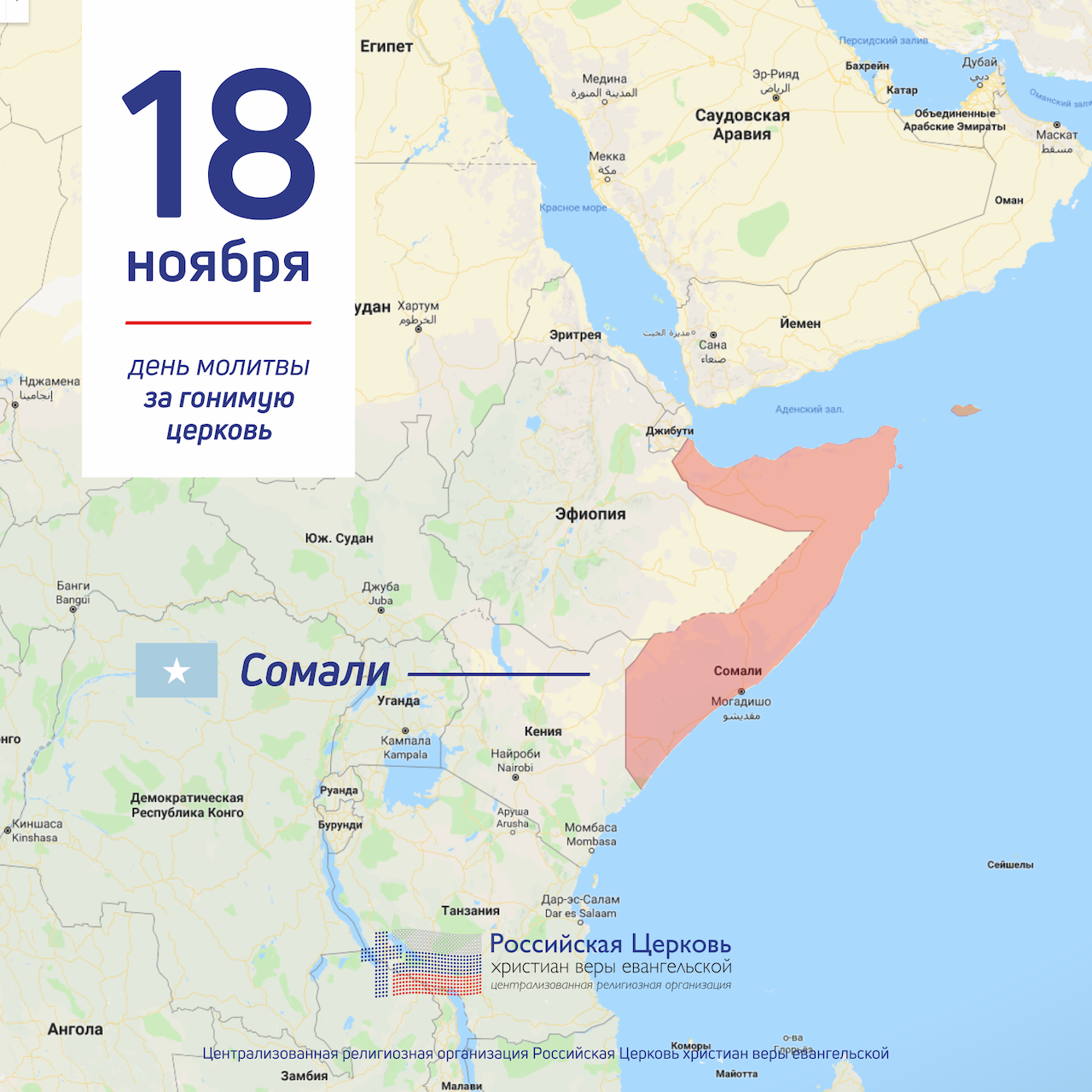 Longstanding persecution of Christians by radical Buddhists remains intense, with people being led by hostile monks to attack and vandalize churches and threaten and attack believers. Efforts are made to influence government legislation to restrict the activity of Christians in the country. Christians continue to serve the poor and needy and proclaim the gospel in strong Buddhist areas and many are coming to salvation in Christ. 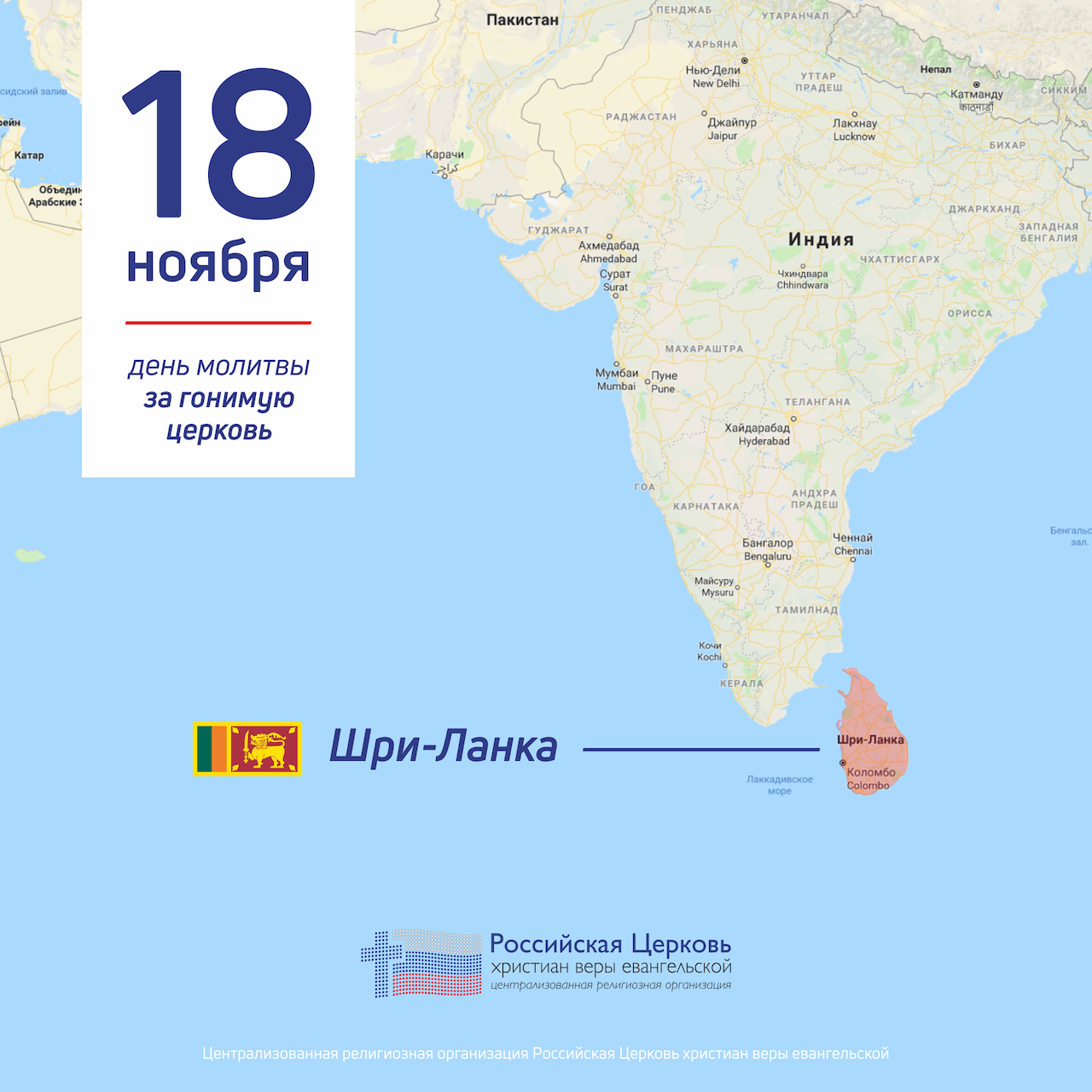 Join us for the day of prayer for the suffering church!