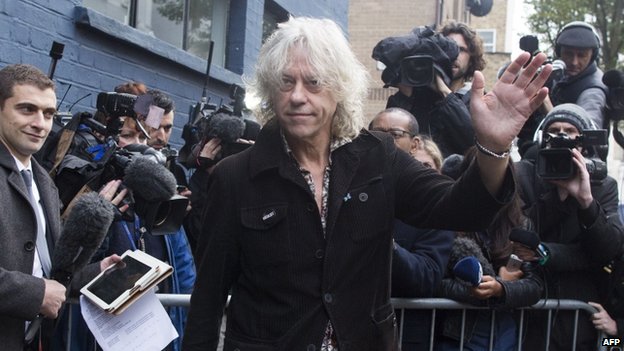 Frontman of U2 Bono, Ed Sheeran, One Direction and other artists took part in a charity project Band Aid 30 and recorded a single to raise money to tackle the Ebola crisis in West Africa, Interfax reported (http://www.interfax.ru/ culture / 407,596) with reference to the BBC News (http://www.bbc.com/news/entertainment-arts-30079237). A video for the song was shown on ITV's The X Factor on November 17.

Band Aid project creator Bob Geldof said that sales of the single exceeded his expectations. According to him, within five minutes after the song appeared on iTunes it was downloaded at least a million times.
First single “Do They Know it's Christmas?” was released in 1984. Then a group of well-known musicians teamed up to raise funds for famine relief in Ethiopia. The project was a success, in 1989 and 2004, Band Aid released other charity singles.
http://www.youtube.com/watch?v=i1jeiC-JEsI